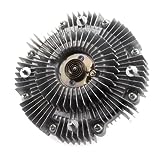 PorscheThe new Porsche 911 Turbo and Turbo S will make their first public appearance at the show.

It’s January, so it must be time for the biggest auto show of them all to pull into the Motor City.

The Detroit Auto Show — its official name is the North American International Auto Show, or NAIAS — is usually where the automakers roll out their best and brightest, their most exciting new vehicles and their coolest concept cars.

Of course, the Detroit Big Three — GM, Ford, and Fiat Chrysler Automobiles — and all the other companies in attendance are also aiming to attract customers. That’s why we’re going to see SUVs and minivan reveals in Motown, to go along with the more exotic stuff.

And if the 2016 show is anything like the Consumer Electronics Show or November’s LA Auto Show, we should expect driver-assist technology to be a big theme once again, despite Tesla’s absence from the program.

Jaguar, Land Rover, and BMW’s Mini brand have also ducked out, though Aston Martin will return to the show for the first time since 2009.

The show will be open to the public January 11-24, but we’ll be on the ground for press previews earlier in the week.

Here’s what we can’t wait to see.