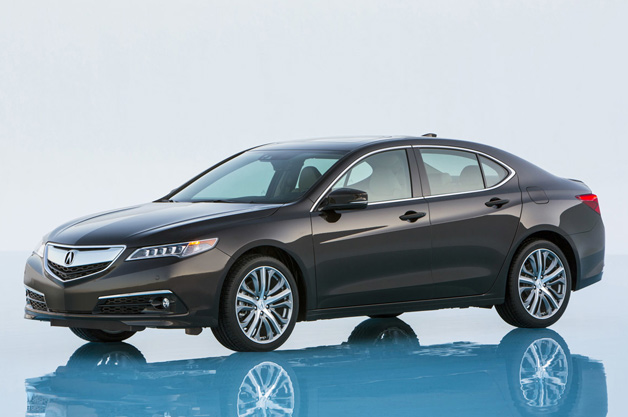 Last week in New York, Acura pulled the wraps off its all-new TLX sedan – a midsize model that replaces both the TSX and TL in one fell swoop. In a bit of behind-the-scenes full disclosure, we were originally scheduled to get our first drive of the car in early May. But an intrepid reader forwarded us an email to Acura dealers saying that the on-sale date of the TLX will be pushed back, and subsequently, the automaker confirmed to Autoblog that the official media launch has been postponed, as well. Acura spokesperson Chuck Schifsky tells us that the 2015 TLX will now go on sale later this summer.

“We don’t view it as a major delay,” Schifsky told Autoblog. The TLX is “the most technologically advanced Acura” yet – even more so than the original NSX, Schifsky says – and thus, there are “lots of systems to get sorted out.” When asked if there is a specific component to point to regarding this delay, Schifsky told Autoblog that it’s “not any one thing.”

“We have determined that it is necessary to modify the production schedule for the 2015 TLX, which will move the on-sale date to late summer.”

“The TLX has more advanced and customer-relevant technology than on any other Acura model in our history, and we must assure that all systems are ready for mass production. Further, it is critical that we have a stable and sustainable supply of vehicles and components to support the strong customer response that we expect for this all-new Acura sedan,” a company spokesperson wrote to its dealers. “To achieve these goals, we have determined that it is necessary to modify the production schedule for the 2015 TLX, which will move the on-sale date to late summer.”

The 2015 TLX uses both a 2.4-liter inline-four and a 3.5-liter V6, and will be the first Acura to use two brand-new transmissions. The 2.4-liter engine features an eight-speed, dual-clutch gearbox, and the 3.5-liter V6 uses a nine-speed automatic. What’s more, the TLX features a reworked version of the Precision All-Wheel Steer (P-AWS) that debuted in the larger RLX, and the company’s Super Handling All-Wheel Drive (SH-AWD) is available, too.

“The 2015 TLX is the emotionally powerful car we’ve been longing for,” Acura wrote to its dealers. So it goes without saying, the company has a whole lot riding on this all-new offering, and it’s important to get it right from the start. Schifsky reiterates, “Don’t put the car on sale until it’s perfect.”