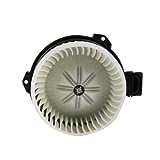 Upscale car brands lavish tech on their vehicles, but now so do many mainstream automakers, so it’s gotten more difficult to stand out. Audi has been at the forefront of connected car innovations, which its German competitors and others have copied. For example, Audi was the first to include Google Maps (and later Google Earth) in the car, as well as handwriting recognition with its MMI touch center console controller. This innovation continues with the all-new 2015 Audi A3 sedan ($29,900 base price; $42,600 as tested), which replaces the well-regarded but slow-selling A3 wagon.

Pricing and Design
With its evolutionary design tweaks, ground-breaking technological leaps, and confidence-inspiring Quattro all-wheel-drive, Audi has been slowly siphoning off market share from BMW and Mercedes-Benz. But now that Audi’s German rivals have entry-level offerings—the BMW 2 Series and the Mercedes-Benz CLA—the traditional third-place Teutonic luxury brand needed a car to compete in the category, which all three automakers view as a crucial gateway to hook younger buyers they hope will scale up the model line as their incomes increase.

Hence the all-new A3, which starts at $29,900 for the base Premium trim and steps up to $32,800 for the Premium plus and $38,700 for the Prestige. The model I tested stickered at $42,600 plus destination charges; it’s common in this category to come in at a low base-price figure and then stack the sticker with extras, like the $2,600 MMI Navigation Plus package in this case.

Audi is much more conservative when it comes to exterior styling than BMW and Mercedes-Benz. And while the A3’s severely raked C pillar and available full-LED head- and taillights (which are exclusive to the segment) adhere to Audi’s distinct design DNA, its understated exterior lines likely won’t turn heads compared to competitors like the sleek CLA. It’s still easy on the eyes, though.

The interior is equally discreet, and luxurious without appearing lavish. Our test car had tasteful dark-brown leather interior that whispered board room rather than screaming bling. The interior is comfortable and well laid out, even though it feels a bit more cramped width-wise than competitors like the BMW 1-Series and Mercedes-Benz CLA. And backseat passengers are likely to complain about lack of legroom, although the A3 has more headroom that the CLA due to the latter’s raked rear roof design.

Connectivity, Navigation, and Interface
The A3 has several new tech features that haven’t made it to even Audi’s top-of-the-line A8. It’s the first Audi with 4G LTE wireless connectivity via AT&T, for example, while Facebook and Twitter apps are new additions and for now exclusive to the A3’s Audi connect system.

One of the A3’s coolest new tech features is called Picture Destination and allows the navigation system to find a route using the geographical coordinates included with a digital photo instead of a physical address. For example, if someone texts or emails you a photo of, say, their meal at a restaurant that includes geo coordinates, Picture Destination can route you there using the information. Or, with Google Maps, a driver can snap a photo of a location while in Street View mode and the system will get the geo coordinates from the pic. But the process, though cool, can take as long as inputting an address.

These features are accessed through the MMI controller, which has also undergone a revision. MMI still employs a rotary dial surrounded by four buttons, one at each corner of the dial that corresponded to icons on an in-dash screen. But Audi has added two toggle switches in front of the controller to select navigation, phone, radio, and media. These make is much easier for drivers to select the functions they want without looking down.

Display and Audio
Instead of an in-dash display, the A3 I tested uses a 1-inch-thick, 7-inch-diagonal screen that lifts up out of the center of the dash. (The A3 without navigation has the same setup, but with a 5.3-inch screen.) And since the screen is not permanently fixed it doesn’t always stick out like a sore thumb, like in the A3’s competitor, the Mercedes-Benz CLA.