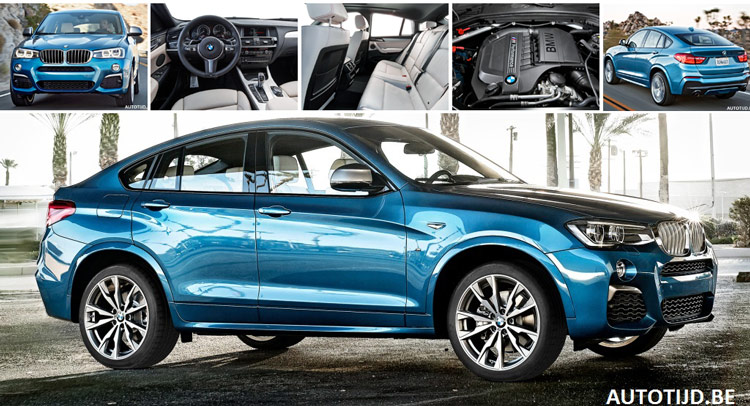 While BMW is officially keeping a lid on the X4 M40i, the internet continues to spit out fresh photos of the performance crossover, this time, pictured out in the open in the States.

These new images, courtesy of Autotijd from Belgium, also include our first look at the interior of the new X4 M40i, which predictably, is the same you’ll find on any 2016MY X4 fitted with an M Sport package, sans the 3-Series M Sport-derived steering wheel with the round hub and door sills bearing the name of the model.

We’ll quickly remind you that the same holds true for the M Sport package-equipped exterior, with the only pieces of kit that are unique to the M40i being the sating-silver front bumper trims and mirror caps, 19-inch wheels and the twin exhaust layout.

In the coming days, BMW will give us the full official rundown on the X4 M40i, so stay tuned.

Thanks to Stijn R. for the heads up!