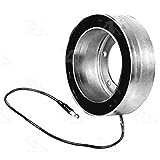 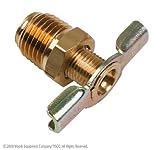 5 of the safest cars on the road – CBS News

Crash-test dummies are so last year. Both the U.S. government and private auto-safety raters made evident this week how tougher standards are moving beyond crash tests that just measure passenger protection. Now, they’re evaluating systems that can avoid accidents altogether.

The Insurance Institute for Highway Safety, a private organization funded by the insurance industry, has released its list of 2016 models that get its two top ratings: Top Safety Pick Plus and Top Safety Pick. To get the best rating, a vehicle must not only score well in crash tests but also include well-rated accident-avoidance technology, such as automatic braking.

Similarly, the National Highway Traffic Safety Administration — part of the U.S. Department of Transportation — announced earlier this week that it’s revising its 5-Star rating system to include automatic braking and other accident-avoidance features. DOT said it hopes the changes will prompt faster adoption of the new technologies, ideally eventually becoming as widespread as airbags and electronic stability control have in past decades.

Demonstrating how fast adoption of automatic braking is spreading, the IIHS list of 2016 cars includes 48 models that earn a Top Safety Pick Plus rating. To gain one of the top two ratings, a vehicle must get a top score of “Good” in crash tests that cover front and side impact and rollover accidents, and also have accident-prevention technology. If those automatic braking systems pass the IIHS tests, the vehicle then gets a Top Safety Pick Plus rating.

On the 2016 IIHS list, Toyota (TM) leads all manufacturers with nine Top Safety Pick Plus ratings. Honda (HMC) has eight, Volkswagen (VLKAY) and its Audi subsidiary seven and Subaru six. Chrysler’s (FCAU) 200 is the only vehicle from a Detroit-based brand to get a Top Safety Pick Plus award. Among the 13 Top Safety Pick choices, General Motors (GM) has five and Ford (F) has one, the F-150 SuperCrew pickup.

Tougher standards this year — both for accident-avoidance technology and an especially difficult crash test — eliminated more than 20 vehicles that won the Top Safety Pick for their 2015 models.

On the other hand, IIHS singled out five vehicles that improved their ratings because they added automatic braking for 2016.

Click ahead for a closer look at those five models.