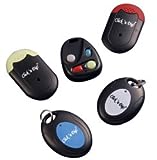 When Bryson Gardner, Joseph Fisher and Brian Sander left Apple in 2013, they weren’t sure what their next move was going to be. In what was less than an obvious move for the former iPhone and iPod engineers, the trio opted to leave behind the quick-to-ship world of mobile software and tackle an industry that is notorious for moving so slowly that it often takes 40 years for mass adoption of a single piece of technology. (See: airbags and anti-lock brakes.)

You guessed it: These ex-Apple engineers wanted to use their experience to take on the auto industry. With $50 million in funding from firms like Shasta Ventures and Accel, the team decided to tap into the oft-ignored after-market to bring new technology to cars already on the road using easy-to-update software.

Today, Gardner, Fisher, Sander and their team of more than 70 employees — 50 of whom worked for Apple in a past life — launched their auto-tech startup Pearl out of stealth mode with its first in a series of products. Called Pearl RearVision, it’s a backup camera and alert system that streams high-definition footage of everything that’s going on behind the car straight to your phone.

Save for Tesla’s and that of a few other automakers, much of the technology in cars is outdated by the time those vehicles hit the market because of how long it typically takes to develop and manufacture it. Not to mention, often the only way to get new tech in your car is to purchase a completely new vehicle.

That’s because, given the stakes and the lack of capability to update the technology, automakers are often hesitant to ship software that is not entirely complete. It’s why over-the-air updates have been such an advantage for companies like Tesla.

For those reasons, Pearl has enabled automatic software updates in its RearVision hardware — which is installed the same way you would install a license plate frame — and tackled technology that people who already own cars want now.

This way, consumers who aren’t in the market for a new car can have access to the standard safety technology for $499. There are other after-market rearview camera sellers on Amazon and from other retailers, but while the prices are often comparable, Gardner argues it won’t be as easy to install as Pearl’s.

Additionally, by leveraging the constantly progressing technology in iPhones, Pearl offers features in its rearview camera system that few if any other companies offer. For one, consumers can expand, shrink or pan around the footage streaming on their phone.

The company plans eventually to offer a suite of after-market products and will be using some of the anonymized data they gather from the RearVision cameras to help inform those product decisions.

Depending on their install rate, the footage from the rear cameras can also drive future autonomous technologies the company may develop. As the auto industry advances at a much faster rate, many expect the demand for after-market solutions like Pearl’s to be at an all-time high. Soon, we may begin to see people retrofitting their cars to be completely autonomous.