Jaguar Land Rover is the latest in a long line of automakers to invest in alternate vehicular transportation, sinking $25 million in ride-sharing company Lyft via the automaker’s InMotion mobility services business. While the company’s release emphasizes its support of Lyft’s expansion and technology plans and the ability to advance its own autonomous vehicle program, we suspect the more immediate impact will come from supplying Lyft a fleet of Jaguar and Land Rover vehicles.

Though some industry observers might believe the automakers are hedging their bets against an uncertain future by sinking money into services that could one day batter their main businesses, we’ve long believed that getting people into vehicles, even those who might not want to own or can’t afford a car at the present time, could well help build new-sales down the road. And that’s whether they’re eventually of the self-driving variety or otherwise. That’s why some brands like BMW help place its latest models into their dealers’ courtesy car fleets as what amounts to effective and affordable hands-on advertising.

Now, a report, “Impact of Ride Sharing Frequency on Vehicle Purchase Intention” from the Automotive Connected Mobility service at Strategy Analytics concludes that participating in alternative transport services could well help cultivate future sales. For starters, the study found that ride-sharing users who also owned a given vehicle proved to have “greater transportation needs” than those who rely solely on such entities for mobility, and tend to treat services like Lyft and Uber to complement, rather than supplant traditional auto ownership.

What’s more, using ride-sharing services actually increased the chance that current vehicle owners – from the U.S. as well as those in Europe and China – would buy another model within five years.

As anyone who’s had to tote car seats and strollers, and carpool kids to their soccer and baseball games can attest, having a family also increases the chance that alternate transport services will not entirely sidestep the need to own a car, minivan, or crossover SUV. Among those who used ride-sharing services at least once a week, parents were found to be more likely to purchase a vehicle within the coming five years than were single/childless millennials.

Of course, that’s not to say car- and ride-sharing services won’t have any adverse effect on new-vehicle sales. “The question of how emerging transportation options like ridesharing and car-sharing will impact vehicle sales is a very complex one to answer. Issues of cost, convenience, usability, privacy, type of journey, and length of journey all impact transportation choices,” explains the report’s author Chris Schreiner. “Frequent ride-sharing users do not seem likely to delay their next vehicle purchase, but it is still possible that they might choose a less expensive or lower class vehicle. Alternatively, they may choose to downsize their fleet from three vehicles to two.” 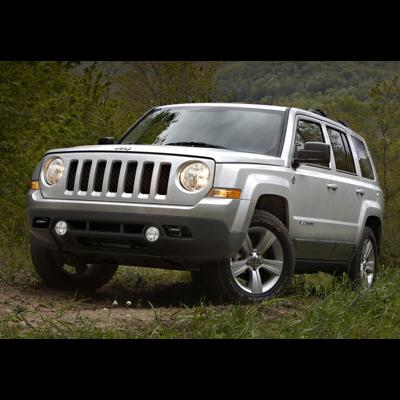