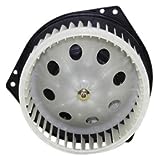 $20.82
Home › Blog › Auto › An Optional In-Car Clock for the Bentley Bentayga Costs As Much as the SUV Itself – Yahoo Autos (blog)

What’s unclear is whether the Mulliner Tourbillon option will be ticked on the list when the first Bentley Bentayga is delivered in a few months. That one, it seems, will be going to a long-time fan of SUVs who’d like something a little more exotic than the Range Rovers she has traditionally used to get around her wooded estate, Balmoral Castle, in northern Scotland.

Even base versions of the new Bentley Bentayga will offer a Breitling clock standard.

Her Majesty apparently wants something a little more luxurious to take out when hunting. Among other things, the new Bentayga includes an “Event Seat,” a slide-and-fold system that can be used to tailgate party in style. Not only are there comfortable, fold-out seats but the Bentley Bentayga can be ordered with a built-in picnic basket slotted into its cargo compartment. Make that a portable catering system, as there are bins for china and silverware, as well as a compact powered food cooler.

No word if the royal Bentley Bentayga will be outfitted with a custom gun rack. But one wouldn’t expect a base model for a monarch who is expected to drive the new SUV herself around the estate.