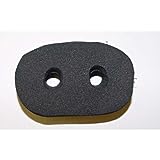 Apple and Google are ‘enemies’ of the auto industry – Business Insider

Apple and Google are now considered “enemies” by the established automotive industry.

The claim comes in a new research note from financial services company Raymond James, after attending an automotive conference discussing challenges and opportunities facing the industry.

“This is the first auto conference we have been to,” analyst Tavis McCourt writes, “where participants in the auto industry finally have come to the conclusion that Google and Apple are not their friends, but ultimately will likely be competitive enemies.”

Both companies are — to a greater or lesser extent — exploring automotive technology. Google is developing Android Auto, an in-car infotainment system, as well as researching experimental self-driving car technology. Its self-driving “pods” will be hitting the roads for the first time this summer in California. Apple, meanwhile, is developing CarPlay, its own in-vehicle infotainment system. It is also rumoured to be building its own electric (and potentially self-driving) vehicle, and has hundreds of engineers working on it — although it is still years away from commercial production.

In the short term, it is CarPlay and Android Auto that has attracted the ire of automotive manufacturers. Though they will ostensibly improve the user experience for the driver, their introduction would make it far harder to differentiate their vehicles from their competitors. This is creating a reluctance to work with the tech companies to integrate the tech.

Here’s what the note says — emphasis ours:

Essentially, Android Auto and CarPlay look almost exactly the same on every OEM’s system, which makes it incredibly hard for OEMs to differentiate around the user experience, and at the end of the day, every OEM on earth views its major point of differentiation as being the user experience. Historically, that user experience has revolved around the driving experience, but increasingly it includes how the driver interacts with information presented to him/her on the infotainment console, digital instrument cluster, and eventually the heads-up display. We heard loudly and clearly from just about everyone at the conference that OEMs are going to retain control of the infotainment system itself and that there are few, if any, long-term plans for auto OEMs to simply hand over the infotainment system to Android or Apple.

It sounds like Apple and Google are going to face an uphill struggle to roll out their tech, if the opinions of those that Raymond James spoke to are indicative of the industry as a whole.

Of note, everyone we spoke with at the conference is thoroughly convinced that Apple is in the process of building its own digital map, and will ultimately build its own cars.