Are GM cars safe? Yes, they are – CNNMoney 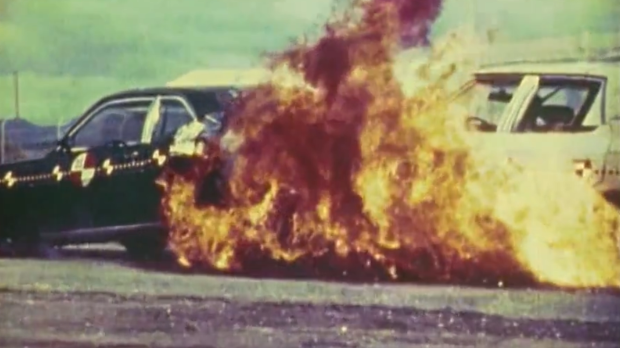 The recent surge in Gereral Motors recalls may have you questioning if its cars and trucks are safe. But recalls are not a good way to judge vehicle safety.

You can rest assured that GM cars are about as safe as any others on the road.

Why are there so many GM related recalls lately?

GM has cranked up its recall machine. Having been caught needlessly delaying a recall for years, whether by massive corporate sloppiness or willful foot-dragging, GM (GM, Fortune 500) is now working to make sure that won’t happen again. The automaker is going back through past problems with any of its cars and, if safety seems to be in question, recalling them.

If GM is recalling so many vehicles, then its cars must be unsafe, correct?

Recalls aren’t a good way to judge safety. While recalls should always be taken seriously, the fact is that not all recall-related issues are equally dangerous.

Besides, while any death is a tragedy for the families involved, deaths caused by vehicle defects are actually extremely rare. Of the 34,000 traffic deaths that occurred last year, the number that were directly caused by vehicle defects is so small, it’s not even a statistic. If it were officially tallied, it would be a fraction of 1%, experts say.

So, what’s the best way for me to judge a vehicle’s safety?

Crash test results are the best way to judge safety. Research by the Insurance Institute for Highway Safety has shown that crash tests, such as those done by the National Highway Traffic Safety Administration and by IIHS itself, really do predict real-world safety. All else being equal, fatality rates are lower for occupants of vehicles that get good crash test results.

These days, the vast majority of new vehicles get good crash test results. GM is no different. On average, GM vehicles get 4.4 stars in NHTSA’s 5-star safety rating system. That’s about the same as the industry overall, according to analysts at the automotive Web site Edmunds.com.

The IIHS, meanwhile, has given its “Top Safety Pick” award to four GM models — the Chevrolet Malibu, Equinox and Spark and the GMC Terrain. That compares to five models for Ford and four for Toyota. The manufacturer with the most “Top Safety Pick” awards is Honda which has a record eight award-winning models.

Can I look at real-world crash statistics to determine vehicle safety?

Real-world crash statistics can be confusing, Insurance Institute spokesman Russ Rader said. That’s because they can be influenced by a number of factors such as the age of the drivers and the way people drive different types of vehicles.

One of the biggest predictors of real-world crash safety is size, according to the Insurance Institute. In a crash between a big heavy SUV and a small car, the bigger vehicle will transfer more of the impact force into the small vehicle. As a matter of physics, alone, the people in the bigger vehicle are more likely to walk away unharmed.

For reasons like these, other than confirming that vehicle size and crash tests can predict safety, real-world fatality statistics aren’t terribly helpful, Rader said.

Based on the factors that really matter, the cars and trucks GM sells today are about as safe those built and sold by other manufacturers. If you’re concerned about your safety behind the wheel, check the crash test ratings and drive safely.