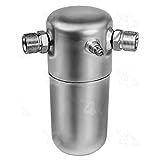 Aston’s development strategy is to launch a new car every nine months for the next fives years. The programme has led to the creation of the DB11, the most powerful production car the Warwickshire-based company has ever built. The vehicle was launched at the Geneva motor show in February and won the Car Design Award for 2016.

Aston, which is preparing to mark more than a century in the motor car industry, exports the vast majority of the cars it produces, so Britain leaving the EU has many implications for the company.

The weakening pound will make its cars cheaper for foreign buyers, but sourcing components could now be more expensive for the company.

Once Britain is outside of the EU, trade levies on imports of parts and exports of finished cars could also prove to be a brake on Aston’s performance.

After the result of the referendum was announced, Mr Palmer called for Government action to help it navigate Britain’s departure from the EU.

He warned of a period of “market and forex volatility” and urged the Government to “maintain economic stability and secure a deal with the EU which safeguards UK automotive interests. This includes securing tariff-free access to European and other global markets”.