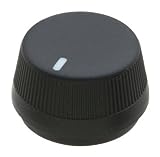 Aston Martin’s forthcoming electric sports car, the RapidE, will become even more exclusive than originally planned, after the departure of struggling Chinese electronics manufacturer LeEco as an investor on the project.

In an interview with Reuters, Aston Martin CEO Andy Palmer confirmed that LeEco has pulled out of the electric supercar project, forcing the British carmaker to scale back production. Aston Martin will now only make 155 vehicles, which is about a third of the initial plan, and lean more heavily on Formula One engineering specialist Williams after the departure of LeEco. A spokesperson for Aston Martin said, “The collaboration with LeEco has reached a natural inflection point.”

The RapidE, a four-door sports car with the looks and dynamics of Aston’s Rapide S powered by an all-electric powertrain replacing the six-liter V12 engine, will enter production in 2019, the company says. Other details, such as where it will be sold, are unclear.

Palmer said that Aston would proceed by funding development of the RapidE “by ourselves,” noting the loss of LeEco from the project would push the vehicle’s sales price up. The setback highlights the risk of carmakers, especially niche brands like Aston, when trying to meet the demands of electrification from regulators and consumers.

Aston Martin already makes a $200,000 sedan for wealthy customers called the Rapide, but its all-electric version would be the RapidE — with a capital E at the end. Aston first revealed its plans back in 2015, along with investments from Chinese VC firms. At the time, Aston was in the midst of downsizing, so the investment was seen as needed to accelerate the boutique automaker’s electrification plans.

LeEco’s exit from the RapidE project comes amid further financial troubles for the Chinese firm. The company started as a Netflix-style streaming service before expanding into manufacturing a wide variety of products, from phones to bikes to cars. But its cash problems undermined its plans to grow, leaving the company struggling to maintain its investments in US-based companies like electric car startup Faraday Future. As a result, FF has seen the departure of many of its top executives and is being sued for unpaid bills by several suppliers.