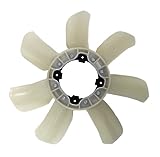 At New York Auto Show, Audi Focuses On A3 Diesel While Others Diversify – Forbes

Today at the New York Auto Show, while BMW and Mercedes-Benz Mercedes-Benz each unveiled practical cornucopias of new product, Audi Audi focused primarily on one offering, the 2016 A3 TDI Sportback.

But that doesn’t always matter, he said, especially when a relatively small but deeply loyal cadre of “hipsters,” “young people” and “drivers in California” obsess about the car. And when Audi announced it was doing a new A3 sedan those customers virtually clobbered him for a five-door option: “They all said, ‘How could you do an A3 Sedan and not bring back the Sportback?!’”

The company will make only 3,600 or so of this new version, but the cars pay strong dividends in non-quantitative areas, and now that A3 has launched a sedan—and soon, a convertible—the new Sportback will appeal directly to hard-line car nerds and (wanna-be or authentic) hipsters slash Europeans. Indeed, nearly 40% of the former version of the A3 TDI Sportback sold in California; Keogh said he expects the breakdown to be somewhat similar this time around as well.

“You still have to do cool stuff that people like,” Keogh said. “Not everyone can appreciate a sportback, but man the ones who are into it are into it. That car will rock and roll for us.”

The car will have a 2.0-liter four-cylinder turbo-diesel engine with 150 horsepower (up 10 over its predecessor) and an “S-tronic” dual-clutch automatic transmission. An A3 TDI sedan will debut stateside later this year, along with an e-tron plug-in hybrid A3 Sportback soon after.

BMW Throws Down The Green Gauntlet At The Detroit Auto Show