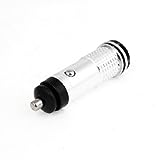 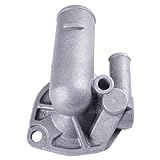 Leave it to German carmakers to perfect the most efficient internal combustion engine in the world, the diesel. Invented by engineer Rudolf Diesel in the late 1890s, the diesel engines of today bear little resemblance to the dirty, smelly, knocking versions from decades past. Although eight manufacturers currently offer diesel-powered vehicles in the U.S. (Volkswagen, Porsche, Audi, BMW, Mercedes-Benz, Mazda, Chevrolet and Jeep), of the luxury makers, Audi offers the most, with six models in its diesel lineup, and likely more coming.

All provide ease, elegance, and fuel economy, but one stands out in the crowd: the A7 TDI, a handsome, understated four-door coupe. Powered by a 3-liter, six-cylinder TDI powerplant, the A7 gets up to 700 miles on one 19-gallon tank (a distance that, in the world of luxury alternative vehicles, puts the electric Tesla Model S’s 300-mile range into perspective).

What sets Audi’s diesel technology apart? Better thermal management, greater reductions in internal friction and higher injection pressures. In real-world terms, that translates to smooth, well-muscled acceleration off the line and consistent confidence at higher speeds, thanks to diesels’ greater low-end torque output than their gasoline-powered cousins. The A7 I tested was outfitted with Tiptronic paddle shifters—playful toys with which to enjoy the seamless eight-speed transmission and make the best use of all that brawn.

Let’s get wonky for a second: How does a diesel work compared to a gasoline engine? A diesel engine compresses air, which heats it up. Then the diesel fuel is injected into the high-temp compressed air, causing it to ignite. In a gas engine, air and fuel are mixed, then compressed and ignited by a spark plug.

Since 2006 when diesel fuel standards became stricter here, something called ultra low sulfur diesel fuel came into existence and is the only kind you can buy at the pump. The new fuel has 97% less sulfur than the old stuff, or only as much as 15 parts per million. And diesel fuel contains more energy than gasoline—15% or more—which means it is more efficient than gas.

Audi has perfected its diesel technology at the most grueling proving grounds of them all: the 24 Hours of Le Mans. Each year for the past eight, Audi has taken the trophy with race cars powered fully or in part by TDI engines. (Audi has won 13 of the last 16 races at Le Mans, making the marque the longest-standing winner in history.) This year, the Audi e-tron Quattro drove 3,038 miles in 24 hours to the finish line. That’s more miles in one race than a Formula One driver races in a whole season. And Audi used only one engine and one gearbox (F1 teams use multiples of each per season). That is radical R&D, materials and engineering straight from the track and extending directly into real-world cars.

Beyond the genius of what lies under the hood, the A7 offers other features that quickly become addictive: in-car wifi, which makes the sleekly appointed wood, leather and matte metal interior one of the nicer mobile offices out there. There is also Audi’s MMI system, which learns your voice so that you can speak commands and also features a touchpad that allows you to draw letters and numbers with a finger without taking your eyes off the road; the system then matches the name/number to your contacts and automatically either dials the phone number you wish or navigates to the address you desire.

With the A7, Audi has once again set the bar by carefully and creatively engineering every control, every experience within the vehicle to the point that the car is so self-assured it actually calms you. Part of that stress relieving quality is delight—little touches, clever solutions and high-quality fit and finish.

The best news: Ferdinand Piech, chairman of the advisory board of Audi’s parent company, Volkswagen Group, has a few pet engineering projects up his sleeve, including a diesel version of Audi’s high-end sports car, the R8. The beast will be powered either by a modified version of Audi’s 4-liter turbo-diesel V8 or a new 5-liter V10 TDI. Porsche, another relative to Audi in Volkswagen Group’s lineup, has introduced a diesel into its Cayenne SUV; surely a sports-car version can’t be far behind—which proves that the performance-diesel race is on.