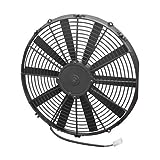 In a speech at J.D. Power’s Automotive Summit on Thursday afternoon, Keogh outlined how he expects Audi’s role to evolve in the coming era.

“In the 21st century there is going to be a jump ball or a reset in the marketplace that says who is going to be the new luxury leader in a connected, piloted, electric world and without a doubt — irrefutably — I want that and it will be Audi,” Keogh said.

To meet challenges from other automakers and companies such as Tesla, Apple, Google and Nvidia, he said Audi and its dealers must maintain a balanced perspective — both short term and long term.

Near term, they’ll need to continue to boost throughput and gain market share.

“You have to have scale and market share to make a presence in the marketplace Keogh said. “This is why we’ve been so focused on gaining share.”

Just not with heavy incentives.

“That is a very, very profoundly dangerous game and the reason it’s a dangerous game is you end up telling the customer ‘this thing that I sell has diminished value,’” Keogh said.

Audi will also do whatever it can to keep mix and inventory levels just right — aiming at just a 60-day supply of its vehicles.

While scale and market share grow, Keogh said Audi and its dealers can prepare for the next step: widespread adoption of groundbreaking technologies such as autonomous and battery electric vehicles.

Rather than fear this shift because of the expected reduction in service tickets, he said dealers should embrace the opportunity to be the gateway to new technology.

Customers moving into a self-driving vehicle with a plug will need dealership guidance much more than in the days when a new car meant learning about a new volume knob or e-brake lever.

Such opportunities will need to compensate for revenue streams that service departments will lose because of EVs with fewer moving parts.

“This is huge, this is a massive competitive advantage dealers have,” Keogh told the audience. “You have a golden opportunity to be the entry point for this entire new world order.”