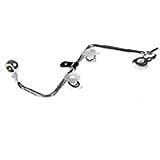 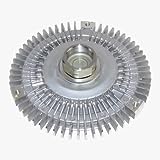 NECKARSULM, Germany Audi (NSUG.DE) pledged full transparency as it continues to clean up after the dieselgate emissions fraud but shareholders at the German luxury carmaker’s annual meeting on Thursday again urged managers to reveal more about the scandal.

Ever since dieselgate broke in 2015, investors have called on Audi and Volkswagen (VOWG_p.DE) to come clean about the emissions fraud and some say they are shocked the findings of an internal inquiry have still not been released.

Audi, the biggest contributor to Volkswagen’s (VOWG_p.DE) profit, admitted in November 2015 that its 3.0 litre V6 diesel engines were fitted with a device deemed illegal in the United States that allowed cars to evade U.S. emissions limits.

Volkswagen has agreed to spend up to $25 billion in the United States to address claims from owners, environmental regulators, states and dealers and offered to buy back about 500,000 polluting U.S. vehicles.

“We will continue until the job is done,” Chief Executive Rupert Stadler said, promising to make law and ethics Audi’s “ultimate benchmark”.

But shareholders accused top managers of delaying investigations, criticising its refusal to publish an inquiry led by U.S. law firm Jones Day and disputing the view that lower-ranking managers, rather than executives, were to blame.

“It’s high time that promises for a blunt clearing up through full transparency by management bodies will materialise,” said Christian Strenger, a supervisory board member at DWS Deutsche Asset Management GmbH. “Denying and deferring is all we have been hearing to date.”

Stadler, 54, who has run Audi since 2007, won unanimous backing on Wednesday from the carmaker’s 20-member supervisory board for another five-year term on Wednesday, despite criticism of his handling of the scandal.

But some shareholders, such as Felix Schneider of shareholder rights group SdK, refused to endorse Audi’s management at the shareholder meeting on Thursday.

“Audi has failed to clear up the diesel scandal for the public and for shareholders in a transparent way,” he said.

Stadler won the backing of labour chiefs on the supervisory board on condition he take steps to secure employment at German factories at a time Audi is pushing to build more sport-utility vehicles abroad, a source close to Audi said.

Separately, Stadler said Audi’s sales in China were continuing to fall significantly after plunging 18 percent in the first four months of 2017 as a result of a dispute with dealers in the luxury brand’s largest market.

Audi, like VW, is raising spending on electric vehicles and self-driving technology with the goal of increasing the share of battery-powered cars to about a third of its sales by 2025.