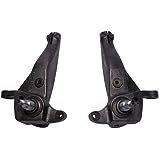 Audi AG (NSU)’s original TT won acclaim in
1998 for a sexy design that marked a departure from its styling
at the time. Fifteen years later, Audi is counting on a remake
of the iconic coupe to generate similar buzz.

The first TT boosted Audi’s popularity and put Bayerische
Motoren Werke AG and Mercedes-Benz on notice that the Volkswagen
AG (VOW) brand was a full-fledged rival. The revamp being unveiled
tonight in Geneva is meant to once again set Audi apart.

After almost tripling sales in the last decade with makes
such as the A3 compact, R8 sports car and Q7 sport-utility
vehicle, the rapid growth at VW’s biggest earnings contributor
is slowing. Industry experts now point to Daimler AG (DAI)’s Mercedes
as the luxury-car maker showing the greatest design innovation
and argue that Audi models currently so closely mirror one
another that it’s hard to tell them apart.

“The criticism Audi receives is justified,” said Lutz
Fuegener, a transportation design professor at Germany’s
Pforzheim University. “When an Audi appears in the rear-view
mirror these days, figuring out which model line it is has
become quite difficult. It’s time for Audi to come up with
something more courageous again.”

Audi models in recent years have been dominated by a large
front grille, dubbed the singleframe, with design differences
between vehicles becoming less pronounced as the world’s second-largest maker of premium cars opted for a conservative approach
meant to avoid alienating established buyers.

That may be about to change. VW Chairman Ferdinand Piech
and Chief Executive Officer Martin Winterkorn, both of whom
previously ran Audi, are shaking up the Ingolstadt, Germany-based automaker with an overhaul of top management, including
naming new design and development chiefs.

Piech and Winterkorn, who were driving forces behind Audi’s
past innovations, including the Quattro four-wheel-drive system
and lightweight construction using aluminum, in the last two
years have replaced five of Audi’s seven board members. CEO
Rupert Stadler and Chief Financial Officer Axel Strotbek are the
only two who have kept their posts.

Stadler argues Audi is just getting started and he’s
embarking on the biggest spending spree in the automaker’s
history to prove critics wrong. Audi will invest 22 billion
euros ($30.4 billion) in the next five years, with 70 percent
going toward new products and technology, and most of the rest
to expand manufacturing.

“Audi is for sure the most progressive brand in the
premium segment,” Stadler said in an e-mailed response to
questions. “You have to differentiate between what is promoted
well and what is being offered for years without much fanfare.”

Winterkorn has changed Audi’s research and development
chief twice since 2012, and this year replaced Wolfgang Egger,
head of Audi design since 2007, with Marc Lichte, who was
responsible for the exterior look of VW brand cars.

Hackenberg immediately revived a project to build an
electric version of the R8 that Duerheimer had canned. He’s
since then pitched to Audi’s board small-scale production of the
model. Stadler said in January a decision will likely come in
the first quarter.

BMW meanwhile is miles ahead. The world’s top seller of
premium cars rolled out the i3 electric city car in 2013, with
demand already outstripping production, and will bring to market
the i8 plug-in hybrid racer later this year.

The i3 is the first mass-produced model built out of carbon
fiber, a material thinner than human hair yet tougher than
steel. Audi, instead of building a pure electric, has opted to
introduce a plug-in hybrid version of the A3 later this year.

While Audi has a goal of becoming the biggest maker of
luxury cars by the end of the decade, analysts predict that this
year No. 3 Mercedes will make sales gains on Audi and that BMW
will defend its lead. Industry forecaster IHS Automotive
estimates Mercedes will narrow the gap with Audi to 89,500 cars
in 2014 — from 134,700 last year — and that the two will run
neck-and-neck in 2015.

Mercedes has posted the biggest growth of the three German
luxury-car makers in recent months on demand for models such as
the revamped flagship S-Class and CLA coupe. This year, the
Stuttgart-based automaker will roll out a remake of its best-selling C-Class and bring to market the GLA compact SUV.

With revamped versions of high-volume models like the A4
and new SUVs not hitting showrooms until next year, Audi is left
to promote image boosting niche models like the TT or the S1, a
sporty variant of the A1 subcompact, which will be introduced in
the second quarter.

The TT’s third version will move Audi’s four rings
trademark to the hood’s center rather than the grille,
reminiscent of the R8. Buyers can opt for new Matrix LED
technology, where individual light-emitting diodes generate the
main beam.

As Audi works on new models to be introduced in the coming
year, analysts say the premium automaker should remember its own
catch-phrase, “progress through technology.”

“It’s really about time that Audi lives up to its
‘Vorsprung durch Technik’ slogan again,” said Frank Schwope, a
Hanover-based NordLB analyst who recommends buying VW shares.
“It has been falling further behind recently.”

To contact the editor responsible for this story:
Chad Thomas at
cthomas16@bloomberg.net