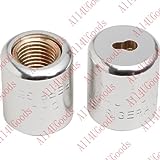 Audi remains on track: With around 147,750 deliveries (+1%) in November, the company reaffirmed its strong sales result from the prior-year month. In Europe, the Ingolstadt-based carmaker increased sales by 6 percent to around 62,300 units, despite the model changeover for its bestseller, the Audi A4. Since the start of the year, more than 1.64 million customers worldwide have chosen the brand with the four rings, up 3.4 percent.

“In light of extraordinary effects in China and the model phase-out for the first-generation Q7 in the United States, we are satisfied with our sales performance in November,” says Dietmar Voggenreiter, Member of the Board of Management for Sales and Marketing at AUDI AG. “The sustained high demand for Audi models in Europe and our good global order situation continue to provide momentum for the months ahead.”

Most recently, the brand’s growth in Europe was driven particularly by the latest models: Sales of the Audi Q7, with the latest generation launched in summer, quadrupled to around 3,300 units in November. Sales of the Audi TT in the region also rose significantly in the past month: up 83.5 percent to around 1,550 units. A year after its market introduction, the sales figures for the Audi A3 e-tron are also extremely encouraging: In Western Europe, it conquered top spot among the electric cars in the premium compact segment over the past few months. In Norway and the Netherlands one in four Audi customers is already opting for an A3 e-tron. Across all models the brand’s cumulative deliveries in Europe increased by 4 percent to around 742,300 units.

Among the major European markets, Spain achieved the highest growth in November, with Audi sales rising by 35.2 percent to 3,349 units. Since the start of the year, sales in the market increased by 14.2 percent to 41,696 units. In addition to Italy (+18.5% to 4,689 cars) and France (+3.9% to 4,963 cars), the brand with the four rings also saw its sales figures rise further in the German domestic market in November. Here the company delivered 21,605 cars, 8.6 percent more than in the prior-year month, thus building on the growth recorded every month since January. Audi has delivered 252,976 units (+5%) to customers in Germany since beginning of the year.

In the Americas, Audi continued to grow in November, particularly in Mexico (+21.2% to 1,243 units) and Brazil (+13.6% to 1,427 units). Here the company once again clearly exceeded its result from the prior-year month. In the United States, Audi maintained its deliveries on a par with the high sales figures achieved in the same month last year, up 0.4 percent to 16,700 units, despite the voluntary temporary halt to sales of diesel models. The model changeover for the Q7, which will see the latest generation go on sale in the United States in January, also had an impact on growth in November. Over the past 11 months, sales of Audi of America increased by 11.7 percent to 181,803 automobiles.

In China too, Audi continues to focus on its long-term strategy of market development geared to profitability and customer satisfaction.Customers took delivery of 49,519 units from the brand with the four rings in China in November. This was 5.8 percent less than in the same month last year in which the market introduction of the A3 Sedan as a locally produced model had an impact on the sales statistics. Since January, the carmaker in the Middle Kingdom has delivered 510,692 cars, down 1.1 percent.