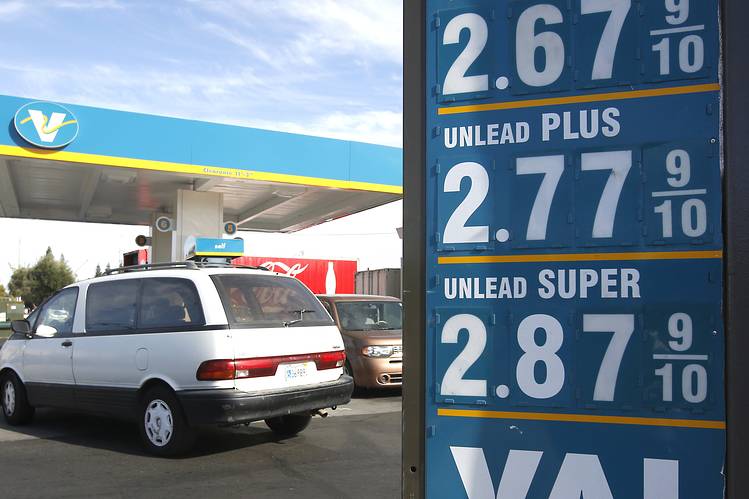 TRAVERSE CITY, Mich.—Auto makers and environmental regulators are publicly sparring over stringent fuel-economy standards, signaling a pitched battle ahead over whether to relax the Obama administration’s future mileage targets.

At an automotive conference on Michigan’s northern shore this week, industry lobbyists seized on a July Environmental Protection Agency report that predicted car companies will sell vehicles averaging roughly 50.8 miles a gallon by 2025, below the 54.5 mpg goal unveiled when standards were set in 2012 and gasoline prices soared to record highs.

Regulators, meanwhile, said auto makers still can comply with tougher mileage goals, showing few signs they will be softened. The EPA, with other agencies, must decide by April 2018 whether the standards should be relaxed, strengthened or left unchanged. Officials are awaiting car makers’ comments before making proposals.

The debate over rising government mileage targets dominated much of the discussions among car executives, regulators and researchers here despite fervent interest in automated vehicles after a May fatal crash of a Tesla Motors Inc.
TSLA


electric car driving itself. Auto makers are locking in vehicle investments now for mileage rules already on the books, whereas future rules and test results for autonomous cars remain hazy.

“We’re going to need some flexibility to make this work in the long term,” said Mitch Bainwol, head of a Washington lobbying group representing a dozen car makers, of meeting future fuel-economy goals.

Regulators could give more time to reach mileage targets and enhance credits for technologies that help companies meet standards, he said. “We’re all going to get there at some point in time. The question is: when and how?”

The July fuel-economy report, co-authored by the National Highway Traffic Safety Administration and California environmental regulators, found dramatically lower prices at the gas pump are spurring purchases of fuel-thirsty pickup trucks and sport-utility vehicles. Since then, oil again dipped below $40 into bear-market territory.

But “that is wrong,” said Chris Grundler, head of the EPA’s transportation and air quality office, adding he wanted to “bust this myth.” Car makers are beating current standards and selling millions of vehicles that already meet 2020 targets, he said.

Fuel-economy targets adjust based on market trends and vehicle sizes. “These standards were deliberately designed to preserve consumer choice. This is not a compliance problem,” Mr. Grundler said.

The standards, aimed at reducing tailpipe emissions and oil dependence, are a significant part of President Barack Obama’s climate-change agenda. But the decision on where the mileage targets go falls to the winner of November’s presidential election, leaving car companies, regulators and environmental groups jockeying for position.

The July technical report kicked off a mandated review of mileage standards long before the toughest rules take effect. The promised midterm assessment helped executives from nearly every auto maker endorse the standards and sit behind Mr. Obama when he unveiled the mileage targets in July 2011.

The average mileage of vehicles sold in the U.S. in June was 25.3 mpg in real-world driving, down slightly from May, according to data compiled by the University of Michigan Transportation Research Institute.

Environmental regulators emphasize that car makers have beaten the standards in recent years and that cheaper technologies enable them to meet the more ambitious 54.5 mpg goal, which translates to about 40 mpg in real-world driving. Car makers can do so with more-efficient gas engines, rather than significantly more hybrid and electric vehicles, according to regulators.

Still, car makers are locking in plans for electric vehicles and other cars well ahead of time, anticipating both increased demand and a need to sell them for compliance purposes.


, dogged by an emissions-cheating scandal, aims to develop around 30 electric-car models representing up to 25% of sales over the next decade as part of a broader restructuring dubbed “Strategy 2025.”

The German auto giant in June committed $2 billion over the next decade to promote so-called zero-emission vehicles, such as electric cars, as part of a record settlement with consumers and regulators to address 475,000 diesel-powered vehicles able to dupe government emissions tests.

Diarmuid O’Connell, vice president of business development at Tesla, said other car makers aren’t offering alluring electric vehicles, likening many of them to boring appliances that are priced too high compared with gas-engine counterparts.

Environmental groups earlier in the week said regulators’ July report showed auto makers can make cleaner cars. The Safe Climate Campaign on Monday said car companies had “declared war on the rules” by aggressively selling pickups and SUVs that forced regulators to lower expectations for what auto makers would achieve. In an op-ed in the Pittsburgh Post-Gazette, the group called for strengthening mileage standards, contending car makers have technology on the shelf to meet higher targets.