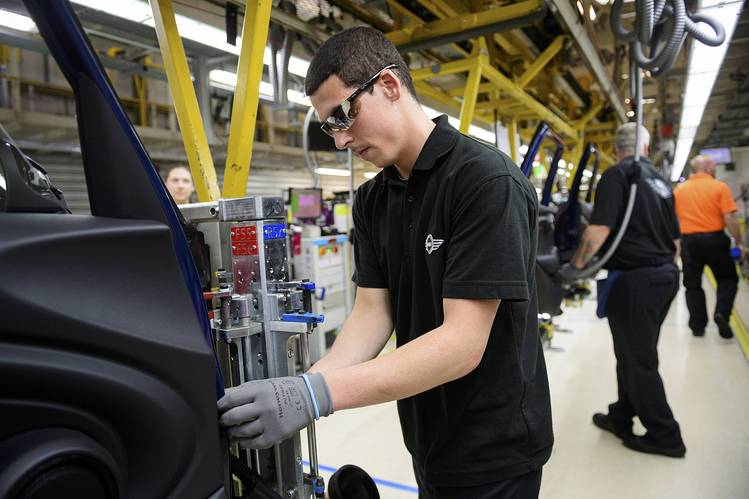 Global auto makers suggested they would have to re-evaluate U.K. investments following Britons’ startling vote to leave the European Union, raising the possibility of production moves and job cuts.

While offering few specifics, car makers sounded pessimistic notes over the historic referendum and signaled they would hold discussions with U.K. officials to ensure their businesses remain competitive.


stressed a desire for continued free trade as the U.K. exits over the coming years, but it had no immediate comment on plans to regain profitability in Europe this year after prolonged losses. France’s PSA Peugeot Citroën
PUGOY


is weighing whether to increase new-car prices to account for a weaker British pound or accept a loss to protect market share.

“This is not a good day for Europe—and in my view, certainly not for the U.K., ” said Dieter Zetsche, chief executive of Daimler AG
DDAIY


, which makes Mercedes-Benz luxury vehicles. “Geographically, the country may be an island. Politically and economically, it is not.”

Mr. Zetsche said Daimler doesn’t expect any immediate impact from the referendum but telegraphed worries about additional turmoil. “It is now even more essential that Europe does not continue to drift further apart,” he said.

The uncertainty threatened to undermine a fragile recovery for car sales in the region, which have been on an upswing for two years. Auto makers for years have cut costs in Europe, closing factories and moving production to lower-wage countries.

The U.K. last year delivered about 18.5% of all European car registrations, which reflect sales. Many car makers are hoping for some help from European consumers as demand cools in the U.S. and China.

“Ford’s priority has always been the need to maintain a stable trading environment so that we can continue building a strong and sustainably profitable business in the U.K. and Europe,” Ford Motor Co.
F

The Dearborn, Mich., auto maker already has been cutting in the U.K. and said it planned to make sure key stakeholders in the U.K., the EU and elsewhere “understand our concerns, which mirror those of the majority of the U.K. and European auto industry.”

While Ford hasn’t made any changes to current investment plans, the company pledged to “take whatever action is needed to ensure that our European business remains competitive and keeps to the path toward sustainable profitability.”


NV, Italy’s largest car-seller with significant exposure to the rest of Europe and the U.S., plunged more than 12%.

U.S. auto makers’ stocks are stuck in neutral on concerns from investors that U.S. car sales have peaked or plateaued after a record 17.5 million sold in 2015 amid cheap gas and easy credit. The Dow Jones Industrial Average plunged more than 600 points Friday afternoon, but oil also fell, which could keep gasoline cheaper and encourage consumers to continue snapping up profitable trucks and SUVs.


, meanwhile, had been outspoken about its desire for the U.K. to remain in the EU, going so far as to bring legal action when a “Leave” group used the Japanese auto maker’s logo in promotional material.

Nissan employs 8,000 people in Sunderland, where it has promised new production. The Japanese company declined to comment.


, which also has significant exposure in the U.K., uncertainty is especially unwelcome as it grapples with financial and reputational damage from an emissions cheating scandal.

The German auto maker posted its worst annual loss ever for 2015, and it has set aside more than $18 billion to address recalls, legal settlements and other potential penalties arising from its use of software in diesel-powered vehicles to dupe U.S. emissions tests. Volkswagen is currently the No. 1 car maker in the U.K., selling nearly 400,000 vehicles last year.

The company’s profitable Audi and Porsche luxury brands represent a third of the company’s U.K. sales. Evercore ISI said Volkswagen’s pretax earnings could fall €75 million ($85 million) for every 1% drop in the sterling.

Volkswagen said it was “too early to assess the entire implications on the company” regarding the U.K. referendum. “We will work locally with the U.K. government and motor industry to ensure a positive future for our business,” Volkswagen said. The U.K. is Volkswagen’s second-largest market in Europe, and it has a significant presence there with the Bentley luxury brand.

Evercore ISI said in a note Friday that it anticipates a €8 billion ($8.9 billion) hit to global auto maker earnings and a 14.4% decline in U.K. new-car registrations for 2017.

The firm also is forecasting a 4.5% drop in European registrations for the year, compared with a 3% rise if the U.K. had stayed.

Aston Martin’s Chief Executive Andy Palmer suggested the auto maker is already looking at adjusting production. “As the U.K. could now be subject to new trade tariff barriers, we also anticipate the need for additional production and efficiency in the medium term,” he said.


shares, meanwhile, fell amid concerns about the impact of the U.K.’s exit on Jaguar and Land Rover sales. The U.K. is the single-biggest market for the Indian auto maker’s two luxury brands, which account for 75% of the auto maker’s pretax profits.

Write to Christina Rogers at christina.rogers@wsj.com and Mike Ramsey at michael.ramsey@wsj.com