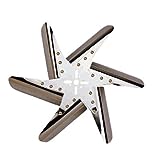 ARLINGTON, Va. — As the auto industry grapples with a series of safety scandals, U.S. regulators are pressing forward with their plan to require systems that enable vehicles to avoid accidents by communicating with each other.

National Highway Traffic Safety Administration administrator Mark Rosekind told reporters Tuesday he “absolutely” agrees with members of Congress who accused the auto industry of fostering a culture of corruption with regard to safety.

That’s partly why he says he is pushing proactive safety measures that would force automakers to adopt so-called connected vehicle systems to avoid accidents in the first place.

In the wake of scandals that have rocked some of the auto industry’s leading companies, Rosekind said the industry must restore confidence by devoting resources to vehicle-to-vehicle communication systems. The industry is coming under fire from lawmakers for running afoul of regulations, ranging from Volkswagen’s emissions regulation cheating software, to General Motors’ failure to fix a deadly ignition-switch defect, to Fiat Chrysler’s lackluster recall responses.

“We need drivers and the public to trust these new technologies, and they will not accept or trust if they’re concerned … the manufacturers don’t have their safety as their priority,” Rosekind said.

The NHTSA administrator spoke to reporters after experiencing a real-world demonstration of connected vehicle systems.

Technicians drove several vehicles on the express lanes of local interstates — the mid-day period during which the lanes were closed to other vehicles — to gauge the performance of test systems. For example, the vehicles used their on-board systems to detect the staged presence of a construction worker who was wearing a vest with embedded dedicated short-range communication technology.

“We’re out of the lab. We’re in the real world, and that’s really hard,” Rosekind said.

Automakers are investing in similar technology to help vehicles exchange information with each other and with infrastructure on the roadway. The technology is viewed as crucial to accelerating self-driving cars.

“Not only is it a sincere commitment to be safety leaders in the industry, but we’re backing it up with a lot of actions,” Barra said. “They’re our regulator, and we respect that.”

Lawmakers, however, have pelted the industry with criticism.

“The American public are not crash-test dummies and should not be treated as such,” U.S. Rep. Frank Pallone, D-N.J., said during a hearing on the Volkswagen episode earlier this month, adding that he believes there’s a “pervasive culture of corruption” in the auto industry.