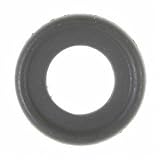 $4.00
Home › Blog › Auto › Auto sales solid but consumers may finally get a break in the showroom – USA TODAY

If you’re thinking about buying a new car, it may be your ZIP code that could give you the best rebate deal. Josh King has the story (@abridgetoland).
Buzz60

Shoppers may finally get a break in the dealership showroom.

Although U.S. auto sales remained strong in October from historical standards, prices are flattening out and discounts are adding up after years of consumers forking over more cash for new vehicles.

While overall average prices hit an all-time high in October, according to car-buying research site Edmunds.com, the increase came mostly from a shift in mix from low-priced cars to higher-priced crossovers, pickup trucks and SUVs.

Look under the hood and you’ll see that many consumers are catching a break.

Average discounts per vehicle jumped 16.5% in October, compared to a year earlier, to $3,472 per vehicle, according to Edmunds.

That translated into a $491 increase in average discounts per vehicle, easily outpacing the $128 average increase in price per vehicle reported car-buying advice firm Kelley Blue Book.

“This year there’s way too much inventory in the marketplace so I think it drives some of the competitors to put out more incentive money out there,” Nissan U.S. sales chief Judy Wheeler said.

But “we are starting to see that growth flatten out,” said Alec Gutierrez, a Kelley Blue Book analyst. “Incentives are growing at a much faster pace at this point.”

Edmunds said automakers will have to increase incentives to move inventory, which would work to the advantage of car-buyers.

Ford’s LaNeve and Nissan’s Wheeler said they both expect automakers to roll out heavy year-end incentive programs to clear out 2017 models.

Still, automakers are enjoying what would historically be considered a healthy sales pace — just off from their record sales in 2016 and 2015.

Overall industry sales fell 1.3% to 1.35 million vehicles in October, according to research firm Autodata, which relied on estimates of BMW sales because the German luxury brand hit internal snags in reporting its figures.

Edmunds and Kelley Blue Book had projected industrywide sales decreases of 3.5% and 1.9%, respectively.

General Motors was down 2.3% for the month, but still led the industry with sales of 252,614 vehicles. And the company’s Chevrolet Bolt is believed to have been the hottest selling electric car for the month, outpacing Tesla, which does not report monthly results.

Ford’s strong pickup trucks and sales to fleet customers helped the company to a 6.4% sales increase.

Fiat Chrysler continued to reduce its reliance on fleet sales, which are less profitable than retail, and its sales fell 13.5%.

German automaker Volkswagen Group’s continued to bounce back after a rough stretch due to the company’s emissions scandal, as its namesake brand’s sales rose 11.9%. The company’s new Atlas SUV got off to a strong start.

Here’s how the major automakers fared with October U.S. sales, compared to a year earlier:

The company said it had reduced its inventory and lowered incentives for the month as it aims to bolster retail sales over less-profitable sales to fleet customers such as rental car companies.

The company’s flagship Ford brand was up 6.8%, while its luxury Lincoln lineup fell 1.8%.

Fiat Chrysler’s effort to reduce its reliance on sales to fleet customers continued for the month, with sales to rental car companies plunging 43%.

But the automaker’s retail sales also took a hit for the month, declining 4%.

Toyota and Lexus car sales tumbled 12.7% as the company awaits a boost from the redesigned Camry sedan.

But the company’s SUVs and crossovers rose 25.3% while pickup sales jumped 15.5%.

Strong performers included the Toyota 4Runner, which was up 30.6%.

The company’s trucks, SUVs and crossovers rose 13%. That included a 43% boom in sales of the popular Nissan Rogue crossover to 30,286 units.

Honda’s car sales continued to buck the industry’s downward trend, rising 5.9% in October. The company’s Accord and Civic sedans were up 4.7% and 15%, respectively.

Edmunds and Kelley Blue Book projections: 7.5% (does not include Porsche) and 11.7% (includes Porsche)

The German automaker’s sales volume continued to bounce back after a rough stretch due to the company’s emissions scandal.

The company got a huge boost in the month from sales of the new VW Atlas sport-utility vehicle, which totaled 3,664 units, representing 13.2% of its volume.

Edmunds and Kelley Blue Book projections: (Not provided) and 3.2%

The Japanese automaker’s red-hot sales streak cooled off in October. But the company’s Crosstrek SUV surged 29.9% and its Impreza sedan more than doubled.