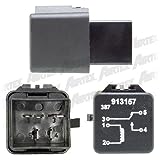 LAREDO — Gun and human smuggling and assassinations are among the crimes committed in Mexico using vehicles reported stolen in the Laredo, Austin, San Antonio and Houston areas, according to Laredo police.

One recent case stood out for Laredo Police Department’s auto-theft task force. Authorities said they received information Jan. 4 that a Toyota Tundra was used in the fatal ambush of the top state prosecutor in Nuevo Laredo, Mexico.

Tamaulipas authorities said assailants gunned down Ricardo Martinez Chavez and three other public servants after they left a work-related meeting. The Tundra had been reported stolen in Laredo on Dec. 11, 2016.

LPD said Monday it has arrested 16 people who took part in an auto-theft ring that operated in various parts of Texas. Suspects would take the vehicles to a criminal organization in Nuevo Laredo, Mexico.

Seven more people are wanted in connection with the case. LPD said the enforcement efforts were part of Operation Metal Rain. All suspects face charges ranging from engaging in organized criminal activity, theft, drug possession and unauthorized use of a vehicle.

That day, the Department of Public Safety pulled over a vehicle that had been reported stolen. The two occupants were detained.

“The reason these people are stealing isn’t for just joy-riding purposes. These individuals are part of a bigger net of criminals, international criminals who are stealing these automobiles and using them in Mexico for the criminal enterprises,” Baeza said.

Suspects in San Antonio would steal the vehicles, he said. People in Laredo would then go pick them up, drive back to the Gateway City and cross them into Mexico, Baeza said.

They would deliver the vehicles to two men identified as Guadalupe “Diablo” Javier Nunez and Roberto “Beto” Castañeda Silva. The duo were making the vehicles available to the drug trafficking organizations, police said.

Both are wanted for engaging in organized criminal activity and theft.

LPD said it counted at least 18 vehicles, mostly pickups, that were stolen and crossed into Mexico.

“We collaborated with quite a few agencies … We needed people’s help,” said LPD Chief Ray Garner.

District Attorney Isidro R. “Chilo” Alaniz’s office was instrumental with its border prosecution unit, which focuses on cases like this one to dismantle criminal organizations.

“We look forward to continuing putting a stop to these kinds of threats,” Alaniz said.