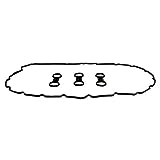 Bentley Motors Inc. CEO Michael Winkler will step down from his post on June 1, setting up a shuffling of executives at Audi of America, its corporate cousin under the Volkswagen Group umbrella.

Mark Del Rosso, 52, Audi of America’s COO, will replace Winkler, 54, as CEO of Bentley, a post that oversees all Bentley operations in North and South America as well as its 53 dealers in the region.

“To me, Bentley is a brilliant brand and clearly the very essence of luxury,” Del Rosso told Automotive News. “It’s clearly a company with a bright future and I’m absolutely delighted to join the team.”

Del Rosso is a 25-year veteran of the auto industry. He joined Audi of America as COO in 2008; since then he’s grown the brand’s new-car business by 140 percent, according to Audi. Prior to his Audi stint, Del Rosso worked at Toyota’s Lexus division in sales and marketing. He is a graduate of the University of Southern California.

Audi has appointed Cian O’Brien to replace Del Rosso as executive vice president and COO for Audi of America.

O’Brien, 39, previously led the sales operations for Audi U.K., which is the brand’s next largest global market behind the U.S., and has served as Audi U.K.’s interim director since September. O’Brien has been with Volkswagen for 22 years, starting as a salesman in a dealership while in college.

O’Brien, the father of three, is a native of Cork, Ireland, and is a rugby player, triathlete and qualified rescue diver. He takes over his new position effective May 1.

Bentley declined to discuss details on what led to Winkler’s stepping down; he’s been in the CEO role since April 1, 2015, and previously worked for Porsche and Jaguar Land Rover.