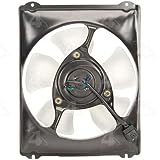 Ginni Rometty, CEO of IBM, has boldly stated that big data is a natural resource of the 21st century and it is equivalent to what steam power and electricity were respectively for the 18th and 19th centuries. Keeping in mind the amount of data we have generated in the last two years roughly equates to what humans have generated in millions of years of earth’s existence, you may want to agree with her. Now imagine how much data we will generate in the next 10 years.

There’s no doubt that big data is an important Mega Trend of this decade. As a matter of fact, Frost & Sullivan forecasts that by 2020 we will generate 34 zettabytes of data, an unheard of term a decade back, which roughly translates to about $87 billion USD in monetary value across all industries and functions. The question at hand, though, is whether big data can be “big” in the automotive industry, its value to cars, and where the opportunity lies in this industry.

I led a team of analysts to understand this potential and the results were indeed very enlightening. The team found that big data can provide savings of up to $800 USD per car, and this considers several elements where automotive OEMs can save money, as well as generate new business models. This value is much lower than CISCO’s Andreas Mai’s $1,400 USD per car, which he determined in an internal project he led, and in his own admission, felt was extremely conservative in its valuation.

The key driver enabling big data services in cars is 4G LTE, for which all car companies are now integrating within the car. By 2020, approximately 35 million connected vehicles in North America and Europe will make relevant data sets available for car companies to assimilate and convert into actionable insights. This is a fourfold jump compared to the 9 million connected cars on the road today.

So, then what are the opportunities from big data in cars? As a start, CEO of GM Mary Barra would not have had to testify in front of a US Senate committee had the company been leveraging big data in their cars. They would have been able to do predictive diagnostics of their cars and would have saved several hundred millions, which they now have to set aside in their balance sheet to cover costs of recalls and litigation. Warranty and recall management is the biggest driver and benefit of big data for car companies.

As consumers, we will also reap benefits from big data by getting huge savings for our insurance costs through adopting a black box in our cars that determines your insurance based on your driving behaviour. The solution called ‘pay as how you drive’ insurance allows you to reduce your insurance premium if you are someone who drives safely during off peak times, at safe roads and within speed limits. A company in UK called drive like a girl provides such a solution to young drivers between 17 to 25 years of age, and thanks to its provocative name and its ability to save young drivers substantial money, has helped it catch up not only with women but also with men who don’t mind being labelled conservative drivers, as long as it puts more money into their pockets. A friend of mine bought a similar insurance for his young daughter was further sold on its added safety feature in which he could snoop on where and at what speeds she drives as he gets a written statement end of every month. (And guess what?! His daughter does not know about it).

A game changing impact of big data will be on pricing and vehicle valuations.  Much like Zillow can give you an electronic footprint of a home, in the future all used cars will have big data skid marks written all over them. Through click of a button, with companies like TrueCar, one has the ability to predict how long this car has been in the market, what was its original price then and it’s cost three weeks later, as well as what is its appropriate valuation in a given area based on the aggregation of data, not just from that specific car, but from others of similar model and brand. A potentially more revolutionary impact of big data is when this trend moves to pricing of new cars. In sometime,  through a mouse click one could find the price of a Ford F-150 in New York with specific trim levels and options that was sold yesterday. In other words, we will get internet aggregators that not only show the retail price, but also the transaction price of the car.

Today, a car company generates the majority of its leads for new car buyers through the telephone and walk-ins. In future, 60 to 80 percent of leads will be generated digitally, and big data will play a key role in generating those leads. Players like Google are already monetizing this and see the auto industry as one of their biggest industries of growth as a result. Future car product placement and product recommendations will be driven by big data analytics. Marketing departments will use big data enabled solutions to influence consumer preferences and price-position vehicle features and options based on almost instantaneous buying patterns in showrooms. As a matter of fact, Audi already operates a command and control centre in its HQ in Germany to do this precise thing. Dealerships will use data analytics in predicting profiles of buyers in the given suburb and shop windows will stock cars and parts based on careful digital profiling of people’s preferences and buying power.

However there are some serious challenges to big data management. For example, who owns the data – the car company, the dealer or the customer? Where is the data stored – in a cloud in India for data in Europe? And of course, privacy issues are a major concern. Furthermore, where is the data being processed?  Will Apple and Google collect data from European consumers and process it in the US thereby circumnavigating European Data Collection Laws? Currently the North American market seems more open and conducive to big data implementation, while the European market is highly cautious on its usage. There are also legacy issues as we can see in the current GM recalls.  Was GM collecting and leveraging big data on these cars for last decade? If yes, did they know how to process it and could they have prevented the current situation if they had predictive diagnostic solutions in place? And then, to add on pressure, there is the emerging threat from IT players – car makers are concerned about the impact that Apple, IBM and Google will have on the revenue stream generated by big data. An attitude shift with increased trust will be required to absorb this change.

One might have to agree with Ginni, as evidence points to the fact that data is the new revenue stream of the business world and investments will soon be calculated on Return on Data (RoD). On the other hand, Mary Barra might want to develop vehicle prognostics solutions leveraging big data for the future in order to avoid having to testify again as the Senate and American drivers might not give her a second chance.