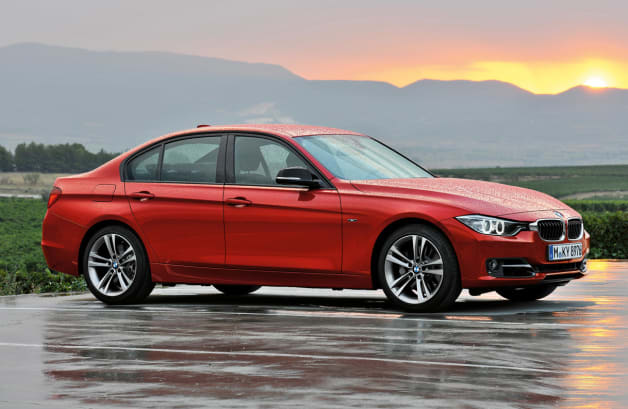 Almost one month ago, we reported on a BMW investigation into a potentially defective bolt that lived in the company’s VANOS variable valve timing system. At that point, the potential recall was seemingly limited to Chinese-market cars; the company was filing a recall application with Chinese officials.

Today, Bloomberg is reporting that the engine bolt issue has expanded into a recall for several world markets, involving some 489,000 vehicles. BMW was able to verify that report to Autoblog, while also providing a great deal more detail about the issue and vehicles affected.

The recall affects vehicles powered by N55 inline six-cylinder gasoline engines equipped with VANOS and Valvetronic technologies. 1 Series, 3 Series, 5 Series and 5 Series Gran Turismo, X3, X5, X6 and Z4 models from the 2010 to 2012 model years are included, as is the 2012 6 Series.

In total, 156,137 vehicles in the US are affected by the recall, which BMW says was filed with the National Highway Traffic Safety Administration late on Wednesday.

In rare cases, the bolts holding the VANOS unit housing may become loose, or, in “extreme” cases, break. A broken bolt may trigger an engine warning light or send the engine into safe mode if the VANOS unit is compromised. Ignoring the issue could cause “no start conditions,” stalling and further engine damage.

As you might suspect, BMW recommends that owners observing engine warning lights should arrange for service.

NHTSA has yet to issue its own recall notice, though presumably they are forthcoming, and BMW’s own statement can be seen below.

BMW has informed NHTSA of its intention to voluntarily recall approximately 156,137 MY 2010-12 vehicles in the US, equipped with inline 6-cylinder engines. In very rare cases the bolts holding the variable camshaft timing (VANOS) unit housing may become loose or, in extreme cases, break. If that happens, a “Check Engine” or “Service Engine Soon” lamp will illuminate and a check control message will be displayed. If the operation of the VANOS unit is compromised, the engine will operate with reduced engine power in “safe mode”. If ignored, the problem can become progressively worse, eventually leading to no start conditions, stalling and engine damage.

Drivers of potentially affected vehicles may continue to drive their vehicles, however, if they observe a “Check Engine” or “Service Engine Soon” lamp and Check Control message warning, drivers should immediately contact their nearest authorized BMW center to arrange service. In the event of stalling, drivers should carefully move away from traffic and stop the vehicle in a safe location as soon as possible. They should contact BMW Roadside Assistance at 1-800-332-4269 to have the vehicle brought to the nearest authorized BMW center. They should not continue to drive their vehicle.

Owners of potentially affected vehicles will be contacted by BMW Customer Relations via first-class mail, to inform them of the recall and, when parts are available, will receive a second notification that will advise them to make an appointment with their authorized BMW center in order to have the repair made. Customers with questions should contact BMW Customer Relations at 1-800-525-7417 or email customer.relations@bmwna.com.