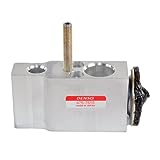 German carmaker BMW is ready to “wait and see” before taking action over either a potential U.S. border tax or a “Hard Brexit,” chief executive Harald Krueger told CNBC on Monday.

When asked whether BMW would be prepared to move its planned car plant from Mexico to the U.S. in the event of a tariff being introduced by the new administration, Krueger told CNBC, “We are flexible.”