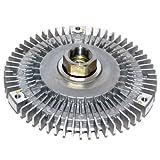 What can be said about BMW that hasn’t been said before?

The German luxury carmaker, which celebrated its 100th birthday this year, has for its entire history released a seemingly never ending stream of breathtaking, record-setting, and smile-inducing machines that have consistently beguiled the automotively inclined.

The essence of BMW boils down to its uncanny ability to produce successful new ideas while remaining faithful to its storied heritage.

And that heritage, by the way, includes innumerable victories in motorsport — on two wheels or four.

Here is the story of 100 years of BMW: One of the best brands around.