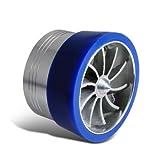 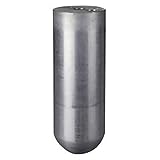 BMW AG is working on a deal that will bring manufacturing of the iconic Mini brand to China for the first time, according to people with knowledge of the plan.

The German company is discussing outsourcing production of the vehicles to Great Wall Motor Co., China’s biggest SUV maker, and the possible export of Mini brand cars from China, said the people, asking not to be identified as the deliberations are private. A spokesman for Great Wall declined to comment, saying the company will issue a formal statement later. Representatives for BMW’s China unit didn’t immediately respond to an email seeking comments.

Great Wall, founded by billionaire Chairman Wei Jianjun, has become the nation’s leading SUV producer by offering local consumers spacious models with a higher ride and at cheaper prices than sedans from foreign makers like Volkswagen AG and General Motors Co. Local media speculation of a tie-up with BMW sent its shares soaring 14 percent Wednesday, prompting suspension in trading. BMW sold more than 230,000 Mini cars worldwide in the first eight months of the year, according to data on its website.

While BMW already builds cars locally in a venture with Brilliance China Automotive Holdings Ltd., Great Wall doesn’t have any carmaking partners in China. Great Wall is planning to start production in the U.S., Wei said in March.

Great Wall shares have lagged behind rivals this year, with shares of Geely Automobile Holdings Ltd., Brilliance China and Guangzhou Automobile Group Co. traded in Hong Kong all up more than 100 percent in 2017 to top a Bloomberg global gauge of automakers.

— With assistance by Ying Tian, and Yan Zhang