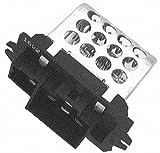 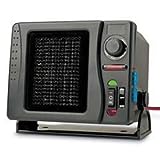 By
Jennifer Newton for MailOnline

Security-conscious drivers can put their worries at ease after BMW unveiled its latest armoured car with claims it can withstand the fire from an AK-47.

The German manufacturer revealed the BMW X5 Security Plus car at the Moscow Motorshow, which is taking place in the Russian capital this week.

Many of the world’s top car makers chose to display their bullet-proof cars at the event, with BMW claiming it is the first manufacturer to offer protection from an AK-47 attack. The BMW X5 Security, which can withstand an attack from blunt objects or by a gun According to BMW, the X5 Security Plus provides protection from all kinds of street crime, whether the vehicle is attacked by a blunt object or by a handgun.

And they add: ‘Officially certified as offering class VR6 ballistic protection, it is the first vehicle specifically designed to protect against the world’s most widely used firearm, the AK-47, while at the same time offering drivers the everyday flexibility they need.’

The car is fitted with special steel and shatterproof glass and comes with an eight-cylinder, turbocharged engine generating 450 horsepower, which means drivers can power their vehicle away if they feel they are in danger.

Other safety features customers can chose from include run-flat tyres, a self-sealing fuel tank, an attack alarm and an intercom system. But despite the safety features, BMW also add that it drives like any other sports utility vehicle offered by the company. Despite the safety features, BMW also add that it drives like any other sports utility vehicle offered by the company Other safety features customers can chose from include run-flat tyres, a self-sealing fuel tank, an attack alarm and an intercom system

When he was Prime Minister, Tony Blair took delivery of a fully armoured BMW 7-series — dubbed the ‘Blair Panzer’ after the German word for armour.

David Cameron has, as his official car, an armoured, top-of-the-range Jaguar XJ.

But trumping them all is U.S. President Barack Obama with his gargantuan armoured Cadillac-style limousine, dubbed ‘The Beast’, which follows him around the globe on official visits.

Demand for armoured cars is on the increase in the U.S. while in Britain they are popular with Eastern European oligarchs.

Luxury car-makers such as Jaguar Land Rover, BMW, Bentley and Mercedes-Benz already have their own ‘in-house’ security arms which build in armouring from scratch.