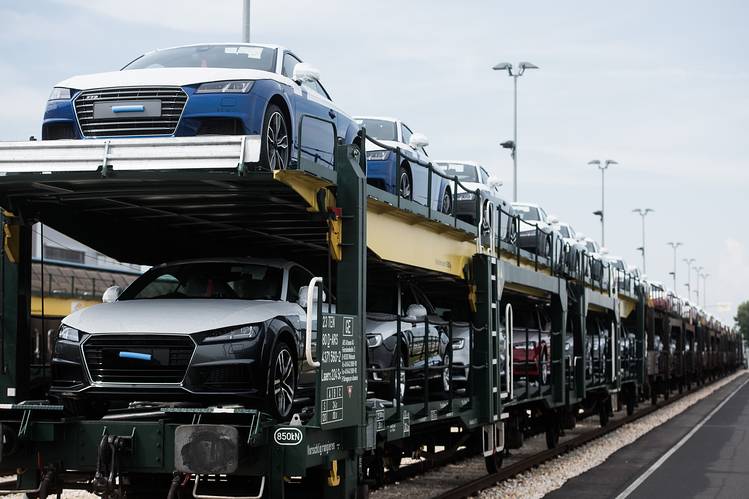 Global auto makers are finally seeing a turnaround in Europe after years of financial headaches there—and just as Brexit casts a shadow over the region’s economy.


and other auto makers are putting up robust European results for the just-ended quarter while flagging a potential drag on future performance from the U.K.’s June vote to leave the European Union.

On Thursday, Volkswagen noted Brexit’s “drastic effect” on financial markets and the European economy, while Ford said the vote’s outcome could cause the company to miss this year’s earnings targets even as it posted record second-quarter pretax profit in Europe.

Volkswagen said it sold 3.1% more vehicles in Europe in the first half compared with a year earlier. Overall, the German car maker’s revenue for the quarter ended June 30 rose 1.7% from a year earlier to €56.9 billion ($63 billion), up 1.7% from €56 billion the year before. Profit, hurt by charges stemming from the company’s emissions-testing scandal, fell to €1.2 billion, from €2.7 billion a year earlier.


a week ago said the depressed British pound, which has fallen about 12% against the dollar since the vote in the U.K., could knock $400 million off its second-half earnings. On Wednesday, Fiat Chrysler Automobiles
FCAU


NV said currency hedging would protect this year’s results from the sterling’s fall, though should the currency remain weak next year the impact will be felt.

“You can run scenarios, but it is really impossible to make medium- or long-term forecasts for the car industry because there is so much uncertainty,” said Paolo Martino, a senior consultant at Frost & Sullivan who advises car companies.

While structural challenges persisted, such as production overcapacity, auto executives had expressed optimism that Europe could soon begin to regularly churn out at least modest profits.

Now GM’s target to earn money in Europe in 2016 after 17 years of losses is in doubt, as is Fiat Chrysler’s bid to build on the small profit it squeezed out on the continent in 2015 after a decade of losses.

New car sales have been rising steadily in Europe over the past three years, though they are still about 10% below the pre-financial-crisis level. Registrations, a proxy for sales, rose 9.4% in the EU through the first six months of this year. The U.K. posted a modest 3.2% increase with a small decline in June that some analysts attributed to nervousness ahead of the vote.

Sales could suffer if consumer confidence takes a hit and there is a recession in the U.K., as many economists are now predicting, or if growth in the rest of the EU slows due to uncertainty surrounding Brexit.

Another blow could come if car makers raise prices to compensate for the sharp drop in the pound, which in turn could drive down sales. “Everybody is now waiting for somebody to make the first step in terms of pricing adjustment” in the U.K., Peugeot
PUGOY

On Thursday, Volkswagen said its business is stable in the U.K. and Brexit’s only effect so far has been on exchange rates, but the company expects “dimmer economic prospects” for the U.K. and Europe overall.


PLC, which has more than 100 car dealerships in the U.K. as well as operations in about 20 other countries, said on Thursday that Brexit would likely weigh on new car sales in the U.K. for the rest of the year.

Analysts say longer-term prospects for the European car industry will depend on how the U.K. and EU hammer out their divorce.

With the EU and the U.K. equally dependent on each other for car sales—the U.K. exports 80% of the cars it makes with the majority going to the EU while the U.K. is the biggest market for German cars—new trade deals between Britain and the bloc are critical.

Auto executives say they hope a trade deal can be reached that doesn’t include tariffs. Currently there are no tariffs on autos shipped between the U.K. and the rest of the EU. But even in a best-case scenario it will likely take several years to iron a deal.

“If a quick trade deal is reached between the U.K. and the European Union then the effects of Brexit will be minimal, but if they go toe-to-toe and the results are tariffs then everything will change,” said Mr. Martino at Frost & Sullivan.

—William Boston and Christina Rogers contributed to this article.