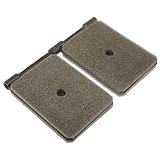 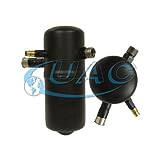 Warren Buffett is getting into the automobile sales business.

Van Tuyl Group says it is the biggest privately owned auto dealership group in the U.S. It has 78 independently operated dealerships and more than 100 franchises in 10 states. The company will be renamed Berkshire Hathaway Automotive and be based in Dallas.

Buffett, in an interview on CNBC on Thursday, said that there are huge opportunities for market consolidation in the fragmented auto dealership business.

“This is just the beginning for Berkshire Hathaway Automotive,” Buffett said.

This deal is only the third time Buffett has applied his conglomerate’s name to one of the businesses it owns. In 2012, Berkshire Hathaway Home Services was created, and the national real estate franchise network continues adding agents at a brisk pace. Earlier this year, the company’s utility division was renamed Berkshire Hathaway Energy.

Originally, Berkshire Hathaway was the name of the struggling New England textile company that Buffett took control of in the 1960s. Buffett later closed the textile mills, but he has built Berkshire Hathaway into a conglomerate known for its financial strength.

Van Tuyl Group’s current CEO, Larry Van Tuyl, will become chairman of the auto unit. Cecil Van Tuyl, Larry’s father, started with a Kansas City Chevrolet dealership in 1955. He was joined in the family business by Larry in 1971, according to the company’s website.

Buffett said that Van Tuyl’s job will be to scout out dealerships for potential acquisitions and determine which ones to pursue. Buffett will provide the funding for any possible transactions.

“We’ve got the capital so we’re off to the races,” he said.

Stifel analyst James Albertine said the deal puts Berkshire in good position to take advantage of trends in the industry and acquire dealers who either need to plan for succession or need capital to invest.

“We continue to believe the opportunity to consolidate the auto dealership sector presents one of the best medium-to-long term growth opportunities across retail,” Albertine said in a research note.

The deal is expected to close in 2015’s first quarter. It still needs approval from major auto manufacturers.

Berkshire Hathaway Inc. is based in Omaha, Nebraska.