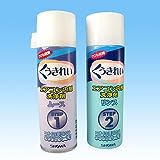 The U.S. Environmental Protection Agency, which has been acting in concert with the California Air Resources Board, issued its own statement saying it also finds VW’s plan to be incomplete. There are believed to be about 85,000 VW vehicles with 3-liter diesel engines in the U.S. from the 2009 to 2016 model years.

The California board’s decision complicates VW’s situation as it struggles to come up with a cost-effective solution to repair its larger diesel vehicles. The latest case is the next step after the agreement announced last month that will fix or buy back cars with four-cylinder, 2-liter diesel engines and compensate owners.