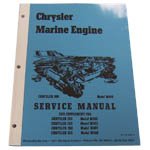 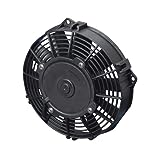 Cars so hot they’re out of stock – USA TODAY

Doug McIntyre of 24/7 Wall Street looks at the 10 fastest moving cars in the auto industry. These cars are so hot, they’re out of stock.

American motorists bought a record 17.5 million new vehicles in 2015. While automobile sales are at an all time high, certain makes and models are in much higher demand than others.

While none of the fastest selling cars rank among the best-selling cars of the year, they all have had meaningful year-over-year sales increases. Sales of the Volvo XC90, a vehicle that spends an average of just 22.7 days on the lot before being sold, shot up 223% from 3,952 units in 2014 to 12,777 units in 2015.

Many factors can contribute to demand of a particular vehicle. Perhaps the most universal and unchanging factor is the manufacturer’s reputation for quality. In an interview with 24/7 Wall St., Tim Fleming, analyst at Kelley Blue Book, explained that quality is the most important factor. “If you have good products out there, it gives the dealers a better chance to sell,” Fleming said. The majority of the fastest selling cars are manufactured by one of the top 10 car makers in overall quality as ranked by Consumer Reports. Audi and Subaru, the two car makers with the highest quality ratings, manufacture four of the fastest selling cars in the United States.

Cars So Hot They’re Out of Stock

Another characteristic many of America’s fastest-selling cars share is their relatively recent introduction to the market. “Demand is highest when [a] model just launches,” Fleming said. Perhaps not surprisingly, more than half of the cars with the lowest days to turn were not available as recently as 2013, and one-third of them were new for 2015.

Consumer tastes and sales trends in the auto industry have recently been influenced by lower fuel prices. Gasoline prices across the country hit an eight-year low in 2016, part of a long-term downward trend that began in 2014. Lower prices at the pump have led to a surge in popularity of SUVs and crossovers.

Car sales have decreased 5.9% year-to-date compared to the same period in 2015, while SUV and crossover sales have shot up by 8.8% over the same time period. “Consumers gravitate towards SUVs or trucks, and as a result, the cars take the brunt of that and become less popular,” said Fleming. More than half of the fastest selling vehicles in the U.S. market are SUVs.

These are the cars so hot they’re out of stock.

The BMW i8 is a hybrid sports car with both an electric motor and a fuel engine. Introduced in 2014, BMW sold 555 units of the i8 in the first year. Sales spiked 300% in 2015, when the German automaker sold 2,265 units. On average, i8s spent less than 20 days on the lot before they were sold in 2015. According to Fleming, the i8 is so popular because there is nothing else like it on the market.

Brand new models tend to capture the public’s attention and are far more likely to spend relatively little time on the lot before being sold. The GT class, which first became available in April 2015, is a high-end luxury model with a base MSRP of $129,900. That the car was not available the entire year and that so few are sold — less than 1,300 through the entirety of 2015 — likely contributed to the model’s low days to turn.

Manufacturers Bringing The Most Jobs Back to America

The Toyota Highlander was one of only five vehicles to sit on the lot for an average of less than 20 days in 2015. More Highlanders were sold in each of the last three years than any other vehicle on this list. Sales of the the Japanese automaker’s crossover SUV were certainly spurred by the brand’s overall popularity. Toyota sells more cars in the United States than any other foreign automaker.

The HR-V, honda’s new subcompact crossover SUV, debuted in May 2015. Between the high appeal of newer models, the current demand for SUVs and crossovers, and the fact that the car was not even available for sale the entire year, it is no surprise that only one model spent less time on the lot than the HR-V before being sold last year.

Subaru is one of the hottest car brands in the country, breaking its annual U.S. sales record in 2015 for the eighth consecutive year. Sales of the brand’s Outback model, which is second only to the Forrester as the most popular Subaru, increased by 22.7% through the first three months of 2016 compared to the same period in 2015.

MORE:  See the rest of the top 15 cars so hot they’re out of stock