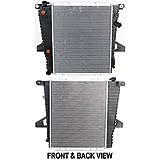 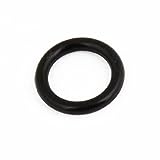 China wants the big players to share their electric car knowledge, too. The foreign automakers face new Chinese regulations that put heavy legal pressure on them to transfer electric-car technology to their local partners. Chinese officials are also set to impose stringent regulations that would force automakers like Volkswagen and G.M. to sell new-energy cars in the country if they want to continue selling the old-fashioned gasoline-powered types as well.

Still, Western companies say that they know the risks of transferring technology — and that the opportunities could help them reach their own electic car ambitions faster..

“We are in a learning process with them together,” said Jochem Heizmann, the chief executive of Volkswagen’s China operations. “That process is much faster than we are used to doing these things. In our normal processes, it would not be possible to come to the market next year.”

Electric cars are part of a broader debate about the country’s industrial ambitions. Under a plan called Made in China 2025, China hopes to become a dominant player in a number of other futurist new technologies, like artificial intelligence and robotics. Chinese officials argue that the push will help develop China’s economy and make it less dependent on foreign technology, a dependence that could expose it to security risks.

Some business groups and lawmakers — and increasingly, members of President Trump’s administration — say company executives give away valuable trade secrets for the sake of short-term gains.

“Multinational firms are already starting to cave in to China’s policies, putting in jeopardy the future of this sector and countless jobs and economic benefits,” said Michael Wessel, a commissioner of the United States-China Economic and Security Review Commission, which was set up by Congress to monitor the bilateral relationship.

Auto executives insist that they are using good judgment. Rules that China issued in January requiring them to share technology are vaguely worded and could allow at least some components to be made abroad and imported. Chinese officials said here this weekend at China’s main annual automotive technology conference that they would introduce policies that would help attract more foreign investment in its new-energy vehicles, giving some hope to foreign auto executives.

“We have no concerns relative to the amount of I.P. that has to be shared,” said Matt Tsien, the president of G.M.’s China operations, referring tor intellectual property.

General Motors has been collaborating with its partner, the Shanghai Automotive Industry Corporation, on advanced hybrid cars like the Chevrolet Volt, which G.M. brought to China last spring as the Buick Velite. Hybrids like the Volt run on both battery power and gasoline.

“We have a philosophy, from an overall perspective, that we build where we sell,” Mr. Tsien said.

Ford said only that it would comply with all Chinese rules on joint ventures and that its new pact with China’s Zotye Auto is preliminary. Renault-Nissan said that its new joint venture with China’s Dongfeng Motor, called eGT, will design a new electric car that will be produced at a Dongfeng factory in the Chinese city of Shiyan. Honda Motor is planning to make an electric car in China next year, while Toyota plans to make a plug-in hybrid car in the country.

The joint ventures alone may not make China a leader in electric cars. G.M., Volkswagen and other major automakers have made regular cars with Chinese partners for decades, and China had hoped its automakers would learn how to make their own worldbeating brands. Instead, Chinese automakers grew comfortable making Chevrolets and Volkswagens for local drivers. Only recently have foreign automakers begun exporting Chinese-made cars to buyers back home.

Still, China has a number of ways it can stay ahead in the electric car race.

Gao Feng Advisory, a Beijing-based consulting firm, estimates that China will have spent about $15 billion by 2020 installing charging stations for electric cars. China spent more than $1 billion subsidizing research and development by 2015, with more still coming.

Generous subsidies for car buyers that can reach $9,000 have also helped pique interest, though China plans to phase them out by 2020. Sales of battery-powered cars in China could top 400,000 by 2019, according to LMC Automotive, a global consulting company, adding up to about two-fifths of the world’s sales of such cars.

Wang Panpan, a migrant worker in Shanghai from central China, said that he rented a locally built electric JAC iEV5 in Shanghai because electricity was cheaper than gasoline. The only nuisance: running a long extension cord from his Shanghai apartment to wherever he managed to park his car.

Now he wants to replace his gasoline-powered Nissan Cedric in his hometown. “If I have the money, I will change to an electric one,” he said. “It saves money, and it is environmentally friendly.”

More broadly, global automakers feel that they must grow in a country that has become the world’s largest car market, one almost as big as the American and European markets combined.

“Why don’t the automakers call this out?” said Michael Dunne, a former president of G.M.’s Indonesia operations and longtime consultant on the Chinese auto market. “Well, the guys on the line are reluctant.”

Auto executives say that they have no choice but to keep doubling down on their big bets on electric cars in China. At the Shanghai auto show last spring, more than 190 different models of electric cars were on display, although many of them were concept cars that would need refinements before they could go into mass production.

“We will increase it even further — we’re honestly not very concerned about the tech transfer,” said Hubertus Troska, the chairman and chief executive of greater China at Daimler, which makes Mercedes and Smart cars. “This is the coolest, most attractive car market in the world right now.”