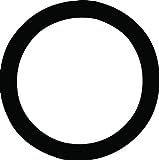 If you compare the Chattanooga-area automobile market to the human circulatory system, the Dealers Auto Auction of Chattanooga is its beating heart — drawing in vehicles from the extremities of the market, reconditioning them and then pushing them back out to used car dealerships of every variety.

Cars in, cars out. Repeat.

Every Thursday morning, hundreds of vehicles pass through a five-lane auction garage on Stein Road that sits on a 68-acre complex nestled behind a grove of trees. Even though the Dealers Auto Auction of Chattanooga is just a few hundred yards from Chapman Road, home of the highest concentration of car dealerships in a 100-mile radius, the auction is largely unknown outside the car business.

One Tuesday night a month, the facility — which is anchored by a modern, two-story office suite connected to the immense auction garage — holds a public auction that features government-surplus and budget vehicles. Still, DAA mainly exists to be the nexus of automobile wholesaling in the region.

On Thursday mornings from 9:30 until midday the auction garage fills with scores of buyers representing area dealerships — from name-brand new-car stores looking for diamonds in the rough for their used car departments, to “buy-here, pay-here” dealers hunting reliable bargains to stock their lots. On a busy morning — and they’re all busy, to a point — the auction might move up to 300 vehicles. Yes, that’s over 100 sales an hour, almost two a minute.

Doug Rodriguez, general manager of Dealers Auto Auction of Chattanooga, says his fee-based company may sell as many as 16,000 vehicles this year at an average transaction price of about $7,100. DAA of Chattanooga is the flagship facility in a regional company, Dealers Auto Auction Group, LLC, which also includes auctions in Murfreesboro and Memphis in Tennessee and Huntsville and Mobile in Alabama.

The vehicles sold at auction here come from numerous sources. In a recent month, for example, about 40 percent of the DAA vehicles were from rental and commercial fleets, 25 percent were offered by new-car franchises, 22 percent were from existing used car inventories, 6 percent were government surplus vehicles and 7 percent were bank repossessions.

The DAA group, headquartered in Franklin, Tenn., is led by David Andrews, a Memphis auto dealer who was recently installed as president of the National Independent Auto Dealers Association. The DAA Group purchased the former Chattanooga Auto Auction in 2014, and Rodriguez was named general manager here in February. Rodriguez is president of the Southern Chapter of the National Auto Auction Association.

Nationally, car auctions are the life blood of the used-auto industry. The National Auto Auction Association claims 335 member auctions which together sell more than 9 million vehicles a year. Collectively, the auctions move $90-$100 billion in inventory a year, experts say.

DAA of Chattanooga has about 100 employees including many who work reconditioning, repairing and rating the vehicles. The auction is such an efficient reflection of the local used car market that dealers here use it as an appraisal service to determine what to offer consumers for their trade-ins.

Each vehicle offered for auction at DAA is given a detailed inspection that results in a rating that dealers can trust to be an accurate reflection of the condition of the vehicle. If DAA’s ratings weren’t consistently spot on, it would erode business, Rodriguez says.

On auction day, up to 200 buyers converge on the property to take part in the rapid-fire bidding that involves up to five auctioneers hammering deals simultaneously. The atmosphere is a cacophony of auction chatter, cow bells, whistles and hand clapping, all designed to raise the energy in the sale. There is even a cafeteria on site where the buyers can grab a cup of coffee or a bowl of fruit.

The buyers, mostly middle-age men, can literally kick the tires on the vehicles as they funnel into different lanes: one for new-car franchises, one for cars sold without reserve, one for surplus vehicles, one for former rental cars and one for inoperable vehicles.

During the sale, cameras record the procession of cars for Internet buyers, who can place their bids remotely. If 500 units cross the blocks on a given Thursday, DAA expects to actually sell about 300, or 60 percent of the vehicles, Rodriguez said.

Benny Hamby, used car manager at Crown Dodge, Chrysler, Jeep, RAM of Chattanooga, is a weekly participant at the DAA sale. He says the auction has a good reputation among Chattanooga-area dealers.

“It’s vital to our survival, I buy there every week,” he said, noting DAA’s emphasis on customer satisfaction. “I doesn’t matter what kind of problem you have, they are there to do the right thing.”

A big share of the automobiles auctioned at DAA of Chattanooga are former fleet vehicles from rental companies. ARI, a giant fleet management service that supplies cars for auctions, has rated DAA of Chattanooga No. 1 in its 11-auction region based on several customer satisfaction metrics. ARI measures things like pick-up promptness, number of days it takes an auction to sell a vehicle (on average), and how quickly funds are posted back to the sellers.

DAA also gets high marks as a place of employment, recently winning an independent national award for employee satisfaction, an honor Rodriguez credits to the company’s collaborative management style.

“I believe in governing as a group,” he said. “We have monthly, 100-employee staff meetings. Everybody knows my door is open.

“People like working here,” he said. “We make it a family-friendly business.”

Michelle Gomez, sales coordinator, said she started as a driver at DAA and worked her way through the call center eventually into middle management.

“DAA is a really great place to work,” she said. “Whenever possible DAA tries to promote from within. The work environment inspires the employees to not only look at this as a job but as a lifelong career.

This article appears in the October issue of Edge magazine, which may be read online at www.timesfreepress.com/news/edge/