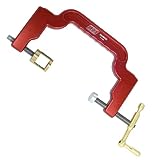 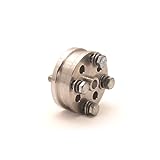 Robert Conniver sits in the driver’s seat of a 2016 Ford Fusion during the Delaware Auto Show at the Chase Center in Wilmington Saturday.(Photo: DANIEL SATO/THE NEWS JOURNAL)

The 2015 Delaware Auto Show was a chance for serious buyers and window-shoppers to dream big about their next vehicle purchase.

Some test drove luxury sports cars; others savored being able to view 2016 models months before the vehicles hit the roads.

Overall 14 manufacturers displayed 146 different vehicle models at the ninth annual show at Wilmington’s Chase Center on the Riverfront. The show continues Sunday from 10 a.m. to 6 p.m.

Tim Sabatino, a Widener University sophomore, isn’t in the market for a new car – he just bought a 2000 Corvette – but he and his friend, Luke Marquardt, spent Saturday admiring other makes.

“Just looking, but I like this right here,” Marquardt said, pointing to a sleek, black 2016 Audi S7.

Katelyn Trader and Jeff Geiger, both of Wilmington, took a similar approach at the show. They gazed longingly at a Jaguar and Lexus, even though they are not planning to buy a car anytime soon.

“One day, maybe,” Trader said about owning one of these luxury vehicles.

“We are always looking at cars on the road, checking out new things,” she said. The auto show offers adults an opportunity to drive an exotic sports car, such as a Ferrari or Lamborghini, or to participate in a Toyota ride and test drive. Others hopped in for a ride, but Trader and Geiger opted not to.

“It would be too much of a tease,” Geiger said.

They instead spent their time going through all the rooms packed full of cars and motorcycles, and a display of unique Delaware license plates.

The two regularly come out to this auto show, as well as another in Philadelphia. This year was no different, especially as a nor’easter made for a wet and cold Fall weekend that kept them indoors.

“Nothing to do outside so we came to look at cars,” Trader said.

The three-day auto will continue Sunday with the same round-up of cars and an appearance from Miss Delaware 2015 Brooke Mitchell. The Delaware Children’s Museum is featuring a  fun zone where children get ride toy cars around a mini-race track.

Lance Whitehead of Swedesboro, New Jersey visited the show Saturday with his four-year-old daughter, Lanie, and his mother, Nettie.

Nettie took a cellphone picture of Whitehead and his daughter smiling while sitting together atop a glistening new motorcycle. This is the first year the show featured motorcycles from three Delaware dealers.

“This is to tease my wife,” Lance joked, while texting the picture.

Whitehead said it is more likely that they will buy an SUV, rather than a motorcycle, in the near future.

Other families also made a day out of visiting the show. Kyle Carrick, a University of Delaware sophomore, woke his parents up early Saturday to get there.

After making two rounds in the Chase Center by noon, he said they all found what they were looking for – a Ford Fusion or Mustang for him, a Cadillac for his mom, and an upgraded Audi for his dad.

“I just love car shows,” Carrick said. “I love seeing all the new stuff before it is on the road.”

What? The three-day 2015 Delaware Auto Show continues Sunday with a lineup of 14 manufacturers displaying 146 models. The event also features a kid’s fun zone hosted by the Delaware Children’s Museum, opportunities to ride and test drive a new Toyota, and Miss Delaware 2015 Brooke Mitchell from 2 to 4 p.m.

Where? Chase Center on the Riverfront in Wilmington

Cost? $10 for adults, free for children 13 and younger