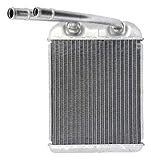 Car manufacturers have hit back at the recent spate of negative comments about diesel vehicles, saying that the latest incarnations are “the cleanest in history” and “light years away from their older counterparts”.

The Society of Motor Manufacturers and Traders (SMMT) said diesel cars could play an important role in helping improve air quality in towns and cities and in tackling climate change.

A government report published in April 2016 showed that diesel cars being sold in the UK emit an average of six times more nitrogen oxide in real-world driving than the legal limit used in official tests.

Since then, a number of schemes have been mooted to encourage drivers to give up diesel vehicles, including the possibility of a government-run scrappage scheme.

In a list entitled “10 facts you need to know about diesel”, the SMMT said that some recent reports had failed to differentiate between older diesel cars and those on sale today, which comply with Euro 6 emissions standards, adding: “This is unfair and dismissive of progress made.”

The organisation said the latest vehicles featured special filters and technology that converted most of the nitrogen oxide (NOx) from the engine into harmless nitrogen and water before it reached the exhaust. These cars will be exempt from the new London charges.

It added: “Contrary to recent reports, diesel cars are not the main source of urban NOx. In London, gas heating of homes and offices is the biggest contributor, responsible for 16%. While road transport as a whole is responsible for around half of London’s NOx, diesel cars produce just 11%, although concentrations will vary at different times depending on congestion.”

It said British car buyers registered almost 250,000 new diesel cars in March, more than in any month in history.