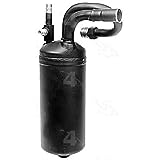 WASHINGTON –Federal regulators are launching more aggressive testing of diesel-engine cars sold in the United States in the wake of the Volkwagen emissions-cheating scandal, the Environmental Protection Agency said.


The EPA sent automakers a letter announcing expanded efforts to uncover “defeat devices” and other mechanisms to thwart air-pollution laws, agency official officials told a news conference Friday. But the officials said details of the new procedures will be kept confidential to make it harder for the industry to use technology to circumvent them.


The tests will include monitoring vehicles borrowed from individual consumers as well as extensive highway testing with equipment that can track a car’s emissions as it is being driven, the EPA said.


“We must continue to improve and adapt our oversight, and we will,” said Janet McCabe, acting administrator for the Office of Air and Radiation. The additional monitoring will help to ensure that “the industry is competing on a level playing field and that consumers are getting what they paid for.”


Regulators will be especially vigilant for technical tricks, such as the altered software that VW engineers used to fool the EPA’s pollution tests on nearly half a million cars, said Christopher Grundler, director of the EPA’s Office of Transportation and Air Quality.


“We are not going to tell them what these tests are; they do not need to know,” Mr. Grundler said of automakers. “They only need to know that we will be keeping their vehicles longer and driving them more.”


The VW cheating scandal was initially discovered by outside contractors using portable monitors that measure emissions while a car is on the highway. Grundler said the EPA had been using the same devices for years but had focused its testing on large trucks that account for far more air pollution than the relatively small number of diesel-fueled passenger cars in the United States.


But highway testing will now becomeroutine for all diesels, he said. And Canada’s environmental agency is joining the effort, he added.


Agency officials repeated assurances that VW and Audi models with the “defeat devices” were safe to drive and said the manufacturer will eventually be required to make repairs at no cost to consumers, though it may be months before potential recall notices are issued.


VW has acknowledged that 11 million of its vehicles worldwide, including nearly 500,000 in the United States, were involved in a years-long deception that allowed cars to pass emissions tests while releasing nitrogen oxide at up to 40 times the U.S. standard. Its CEO, Martin Winterkorn, stepped down this week, and the company is under criminal investigation by the Justice Department and faces billions of dollars in fines.


VW, which has seen its stock plummet since the scandal broke, has set aside more than $7 billion to remedy the problems with its cars. It has pledged to also repair its reputation with customers.


Its board on Friday named Matthias Müller, who’s currently chairman of Porsche AG, as the company’s new CEO.


Neither the EPA nor Volkswagen have said how long it will take to fix the nearly half-million cars in the U.S. with defeat devices. But it expects cars in the 2015 model year will be patched “relatively quickly,” Mr. Grundler said.


Older versions of the Passat should be fixed soon after that, but other models, including Golfs, Jettas and Beetles, will take longer because designing a solution “will require additional engineering development that will take longer,” Mr. Grundler said.