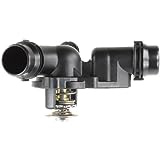 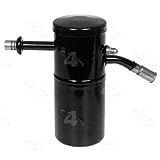 The Environmental Protection Agency told automakers on Friday that it will begin road tests of all new vehicle models and vehicles already on the road  to examine emissions claims following the exposure of Volkswagen’s regulation-cheating scandal.

The agency sent a letter to manufacturers notifying them that it will no longer rely exclusively on laboratory testing to validate emissions performance.

EPA also plans to begin testing all light vehicle models already on the road in the U.S. to check for similar violations.

The agency’s actions came on the same day Volkswagen’s board officially appointed Porsche brand chief Matthias Mueller as the automaker’s new CEO. The expected move came after Wednesday’s resignation of Martin Winterkorn, who led the company since 2007.

Dealing with fresh EPA scrutiny of light vehicles is only one of Mueller’s numerous challenges.

Expunging corruption, handling investigations and fixing cars while ensuring Volkswagen’s survival presents a vexing confluence of hurdles for Mueller, who has spent nearly four decades with the German automaker.

“My most urgent task is to win back trust for the Volkswagen Group — by leaving no stone unturned and with maximum transparency, as well as drawing the right conclusions from the current situation,” Mueller, 62, said in a statement. “Under my leadership, Volkswagen will do everything it can to develop and implement the most stringent compliance and governance standards in our industry.”

The company’s most immediate challenge is finding a fix for 11 million vehicles rigged with manipulative software that tricked regulators into believing that vehicles were compliant with emissions regulations. The EPA won’t allow the German automaker to sell diesel cars fitted with that software until it’s removed.

Meanwhile, the agency is expanding oversight of new and used vehicles from all companies, amid questions about whether other automakers are guilty of similar violations.

“EPA may test or require testing on any vehicle at a designated location, using driving cycles and conditions that may reasonably be expected to be encountered in normal operation and use, for the purposes of investigating a potential defeat device,” EPA told automakers in the letter Friday.

The agency warned that the new process could mean it will take longer for automakers to secure certification required to sell new vehicles in the U.S.

“We aren’t going to tell them what these tests are,” said Christopher Grundler, director of the EPA Office of Transportation and Air Quality, in a conference call with reporters. “They don’t need to know.”

The EPA received credit for exposing Volkswagen’s violations after researchers at the International Council on Clean Transportation and West Virginia University discovered irregularities in the performance of 4-cylinder diesel cars from 2009 through 2015.

But the agency has also received criticism for failing to catch the so-called “defeat device” that fooled regulators for years.

The scandal has severely damaged Volkswagen’s reputation, led to the resignation of the automaker’s CEO and called into question the future of diesel cars. Several criminal investigations and numerous lawsuits have also followed.

The automaker set aside more than $7 billion to pay for fixes and fines. The episode is expected to trigger a massive recall.

Mueller has spent nearly four decades with the company, most recently leading the Porsche division to earnings growth and previously serving as head of product management of the Audi, Lamborghini and Volkswagen brands.

David Bach, senior associate dean at the Yale School of Management, said the company’s misconduct is “so brazen” that a publicity campaign isn’t enough to restore confidence in the automaker.

“The company has to come completely clean — lots of heads have to roll,” Bach said. “You probably have to change lots of processes and procedures and then work very hard for many years to regain trust. This is not the kind of thing that you fix with making two or three changes at the top and paying the fine.”