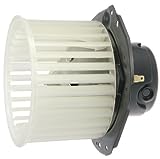 Faraday Future FFZERO1: Is This The Future Of Cars Or Total Bullshit? – Jalopnik

Faraday Future has, until now, remained a huge mystery to both the car and tech worlds. It has tremendous Chinese financing, teased an autonomous car concept, secured a billion dollar factory in Nevada, and hyped up a big hit-or-miss reveal at this year’s CES expo. Finally, we know what it claims to have in store, and it’s a lot to swallow.

But Faraday Future, or “FF”, was off to a rough start at tonight’s press conference—an often stilted, awkward affair heavy on optmistic techspeak and relatively sparse on how the company plans to compete with established automakers, let alone completely disrupt the transportation industry.

Officials touted the startup as one more like a tech company than an automaker, and one focused on “redefining one of the most important aspects of our lives: the way people move.” Lots of talk about mobility, less talk about cars. Officials also say what makes Faraday Future different is its team, drawn in large part from Tesla Motors, as well as its “transformative vision” for tomorrow.

So, yeah. Heavy on Silicon Valley buzzwords, light on details. For now.

But FF did play up the company’s variable architecture, which sounds like Tesla’s “skateboard” electric platform—one that FF says is scalable to various different sizes and drivetrain layouts, so it can be front-, rear- or all-wheel drive and in various different body configurations.

The batteries sit in horizontal rows, and the scalable factor of the platform comes from the ability to add or take away rows for different sized models. Nick Sampson, senior VP at FF and head of R&D said the batteries would operate like Christmas tree lights — if one pack goes out the “strand” keeps working.

Then again, that’s nothing really we haven’t seen before from both Tesla and conventional automakers like Volkswagen, Toyota and BMW. Scalable architectures used to accommodate various vehicle sizes are the next big thing. And tonight’s concept is definitely a space-age one, with ridiculous features like a tail fin with a digital display and a wild jet fighter-like seating setup. The video above also shows what looks like active area mapping around the vehicle, somehow displayed to the driver.

None of that stopped Faraday Future from comparing themselves to the original iPhone, because that’s how everything works in the tech world, right? Everything is the next iPhone, and every app is the next great invention that will change the world. The key difference was, Apple showed the iPhone, not the iPhone’s “1,000 terabyte” prototype.

Headquartered in Gardena, California, Faraday Future seemingly came up out of nowhere late last year to announce it had plans to revolutionize transportation with an autonomous car concept, revealed its huge Chinese financial backing, bragged about major hires including the BMW i8 former head of design as well as a co-founder of Tesla, and touted a confident promise to produce vehicles for the road by 2020. In fact, the three main speakers at the event were Nick Sampson, from Tesla, designer Richard Kim, from BMW, and Ding Lei, who was an automotive businessman representing the Chinese backers LeTV.

Shortly after that Faraday made a deal with the State of Nevada for a billion dollar factory, securing over $330 million in tax incentives and bringing 4,500 jobs to the state. FF revealed at CES plans to break ground on the new three million square-feet factory in just a few weeks, with the Mayor of North Las Vegas and Governor of Nevada present at the event.

We knew to expect Faraday Future at CES for its big reveal moment, but early leaks of a Batmobile-esque two-seater 1,000 hp concept made it all seem like a joke. Turns out what seemed like a distraction from a real vehicle wasn’t — and Faraday hopefully has plans for something far more substantial and, well, real coming up very soon.

Faraday Future already faces tough competition at CES with Volkswagen, Audi, and Chevrolet all promising electric or autonomous concepts, as well as rumors of a huge partnership between Ford and Google to develop a new autonomous car company.

What do you think? Next great Tesla fighter or something we’ll be laughing about in a few years?