Picture from the company

The European automotive industry must be hoping that after the German general election later this month, its exposure to relentless criticism over dieselgate corruption and the health risks some diesels pose might wind down a bit.

It could then start to enjoy the fact that sales across Western Europe look set to remain relatively healthy. In fact, an unintended consequence of the diesel scandal, led by Volkswagen’s cheating of government rules on noxious emissions, has been efforts to persuade owners of old diesels to scrap them and buy new gasoline-powered vehicles, boosting sales by up to 100,000 a year in Germany.

But once things return to some semblance of normal, there will be a bigger threat, which won’t go away. That is the fear that in the long term, high-tech companies might use their massive resources to finance the imminent revolution, trump traditional players and eat their lunch. 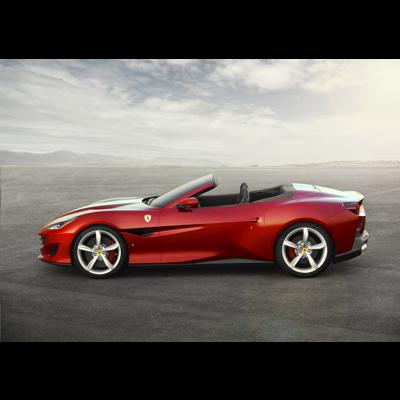 As the biennial Frankfurt Auto Show gets underway this week, sexy new machines will wow the crowds. But the industry is worried by the need to raise vast amounts of capital to develop alternative propulsion systems in the form of electric cars, and connected and computer-driven ones, too. In Germany, the controversy over diesels is reaching a peak, and not necessarily an intelligent, well-informed one, as the German election approaches on Sept. 24.

Most estimates of growth in the Western European market for 2017 come in at under 3%, down from last year’s 5.8% increase to 13.95 million, and 2015’s 8.9% gain. Western Europe includes all the big markets like Germany, France, Britain, Italy and Spain.

The threat from outsiders like cash rich Google, Apple, UBER or even Alibaba of China worries industry leaders, who will need to make big changes to their business plans to fight this off.

Shorter term problems like overcapacity haven’t gone away, and there is still a fundamental need for consolidation, meaning factory closures, firings and mergers. For years that was the shoe that never dropped, but at the last big European car show in Geneva in February, France’s PSA Group offered to takeover General Motors’ shareholder-value destroying Opel-Vauxhall.

To many observers surprise, including mine, the deal went ahead. We await news of the first restructuring plans which will almost certainly include Opel and Vauxhall factories. It won’t be a pretty sight.

And more recently, storied industry and industry icon Sergio Marchionne, CEO of Fiat Chrysler Automobiles, is said to be ready to unload some of its choice money makers – SUV maker Jeep, and luxury pretender Maserati, with Alfa Romeo thrown in as a makeweight. The Chinese were said to be close to buying Jeep, but that’s gone quiet.

Nick Oliver, Professor of Management at University of Edinburgh Business School, said big decisions are due in the short term too.