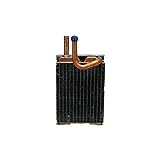 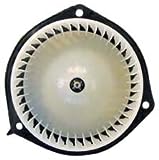 Nearly 65% of Unifor’s rank-and-file GM members on Sunday ratified the pact notched by union and company negotiators last week. The deal clears the way for $544 million in investments by GM, mostly at its vehicle assembly plant in Oshawa, Ontario, which was threatened with closure by around 2019 without a commitment from the company.

The contract, which covers about 3,900 Unifor workers, eventually will allow GM to squeeze out more U.S. production of its full-size pickup trucks, the Chevrolet Silverado and GMC Sierra. Unifor’s contract calls for about 70,000 partially assembled pickups a year beginning in early 2018 to be shipped to Oshawa from a GM truck plant in Fort Wayne, Ind., where they will be painted and finished, said a union official who declined to be named.

GM has been working to boost production of its pickups — the company’s biggest moneymaker — amid record U.S. auto sales and a sustained period of low gas prices. GM North America President Alan Batey said in an interview last week that the company “could use some more” pickups in its battle with Ford Motor Co. and Fiat Chrysler Automobiles NV’s Ram division.

The assurance of future production at the Oshawa factory and a GM powertrain plant in St. Catharines, Ontario, near Niagara Falls, had been the union’s priority heading into the talks. Auto production has flowed out of Canada in the years since the financial downturn, as Detroit’s auto makers have added jobs and equipment in the U.S. and Mexico.

Unifor President Jerry Dias in a statement called the new GM contract “historic” and “more than what has been achieved in the past 10 years.”

The union now will begin discussions in earnest with FCA, with the framework of the GM agreement likely setting the parameters for those talks. Like Unifor’s approach with GM, the union will press FCA for future production commitments, specifically at an assembly plant in Brampton, Ontario, where the Chrysler 300 and other sedans are made.

The GM employees will receive a 2% wage increase immediately and another 2% in September 2019, according to a summary of the agreement posted on the union’s website. They’ll also be paid $12,000 Canadian (about US$9,100) in bonuses over three years, half of which will come as a signing bonus to be paid next week.