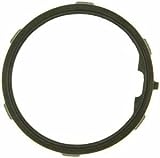 Wireless Internet—and the desire for it—has become an integral part of many consumers daily lives. And the appetite for Wi-Fi doesn’t subside out once they’re in a car.

General Motors has tried to respond to the demand by adding in-vehicle OnStar 4G LTE Wi-FI hotspot to its new vehicles. Starting Friday, the automaker is giving owners access to unlimited data for $20 per month.

The unlimited data plan will be available across all GM-branded vehicles equipped with in-vehicle 4G LTE Wi-Fi, including Chevrolet, Buick, GMC and Cadillac.

A monthly data plan subscription used to range from $10 for 1GB to $40 for 10GB, according to GM’s website.

GM released a few statistics last month that shows just how much data its customers use while in the car. Chevrolet owners used more than 4.2 million gigabytes (4.2 petabytes) of data in 2016—a 200% from the previous year. To put this data usage in perspective, Chevrolet owners and their passengers streamed the equivalent of more than 17.5 million hours of video in 2016.

The data point highlights how the demand for streaming music, video, and other data in vehicles. And it also shows a retail sales opportunity for GM. In-vehicle Wi-Fi isn’t ubiquitous quite yet. It’s still a selling point.

The automaker introduced OnStar 4G LTE connectivity to all 2015 model-year GM cars and trucks in U.S.. Today, there are more than 4 million 4G LTE-enabled GM cars on the road in the United States.

“We have contractors bidding jobs in their Silverados, families streaming movies in their Suburbans and Malibus, and everyone tapping into the cloud for music,” Alan Batey, president of GM North America and global head of Chevrolet said in a statement. “With the most affordable unlimited 4G LTE data plan in the auto industry, the widest availability of Apple CarPlay and Android Auto, and new connected services like OnStar AtYourService, our momentum can only grow.”