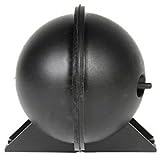 DETROIT (Reuters) – General Motors Co is recalling 59,628 Saturn Aura mid-sized cars in the United States and Canada because the automatic transmission shifters may fail, according to documents filed with U.S. safety regulators.

GM said it was aware of 28 crashes and four injuries but no deaths relating to the issue over the last seven years.

The No. 1 U.S. automaker is recalling certain 2007 and 2008 model Aura cars equipped with four-speed transmissions because the transmission shift cable could break, according to documents filed with the National Highway Traffic Safety Administration.

Of the recalled cars, 56,214 were sold in the United States and the rest in Canada, GM said.

If the cable breaks while the car is in motion and the driver attempts to stop and park the vehicle, he or she may not be able to shift to “park” or remove the ignition key, according to the NHTSA documents. That could increase the risk of the car rolling away if the driver doesn’t apply the park brake or hand brake.

In September 2012, the Detroit company recalled almost 474,000 Chevrolet Malibu, Pontiac G6 and Saturn Aura cars from model years 2007 through 2010 for a similar issue.

GM spokesman Alan Adler said owners of the latest recalled Aura cars were given an extended warranty in November 2011 that covered the issue if it arose. He said the company believed that was the appropriate field action at the time because most customers would detect some changes when they shifted gears before any lost function resulted.

GM will replace the shift cable assembly and mounting bracket at no charge, according to the NHTSA documents.

The company has not yet provided a notification schedule.

The automaker, which is also dealing with the recall of a defective ignition switch linked to at least 13 deaths, stopped making Saturn cars in 2009, the same year it filed for bankruptcy protection.

(Reporting by Ben Klayman in Detroit; Editing by Bernadette Baum)