As the world moves ever closer to a self-driving future, one company is the current undisputed leader in autonomous driving technology: Waymo, a division spun off from Google parent Alphabet Inc. (NASDAQ:GOOGL) (NASDAQ:GOOG).

Waymo has produced four generations of autonomous vehicles and has eight years self-driving experience in more than 20 U.S. cities. The company has completed more than 3.5 million miles on public roads and 2.5 billion simulated miles 2016 alone.  Beginning as a Google moonshot project, the company has been working on driverless cars since 2009 and was responsible for the world’s first self-driving trip in October 2015. 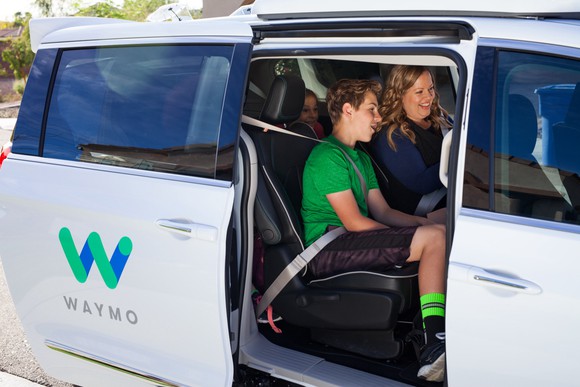 Waymo initiated its early rider program in April 2017, testing a fleet of 600 autonomous vehicles in the area around Phoenix. It offers local residents rides for grocery shopping, commuting to work, and taking kids to soccer practice. This program has led to a groundswell of public interest in the region. Presumably in advance of the rollout of the technology nationwide, Waymo is embarking on a campaign to educate the public about self-driving cars, and the way they are going about it is brilliant.

One of the key attractions to driverless cars is safety. In Waymo’s safety report, it notes that “every year, 1.2 million lives are lost to traffic crashes around the world,” that “94% involve human error,” and “distracted driving is on the rise.” Self-driving cars will be immune to some of the more prevalent hazards associated with human drivers, such as being tired, distractions, and intoxication.

Even the legislature is getting into the act. In early September, the House of Representatives voted to unanimously pass legislation that increased the allowances for self-driving cars on public roads in the U.S., from 2,500 per company to 25,000 annually — and rising to 100,000 per year over three years. A Senate committee has reached a bi-partisan agreement and a bill is being drafted by lawmakers that is similar to the House legislation.

A broad coalition of advocates

With its focus on safety, Waymo is partnering with a diverse group of organizations including Mothers Against Drunk Driving, the National Safety Council, the Foundation for Blind Children, the East Valley Partnership, and the Foundation for Senior Living to launch the first public education campaign for self-driving cars — called Let’s Talk Self-Driving. Each of these groups has a vested interest in ending roadway accidents and supporting mobility for disadvantaged members of the population. 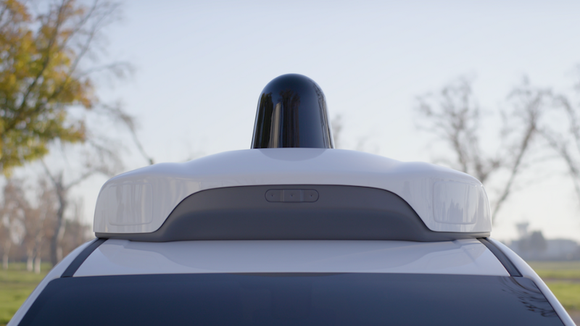 Waymo is already part of the Self-Driving Coalition for Safer Streets, which has been working with lawmakers to enact legislation that will still foster innovation. Other members include Ford Motor Company, ride hailing services Lyft and Uber, and AB Volvo.

An even broader strategy

Waymo’s public education campaign is part of a comprehensive strategy setting the stage to monetize its self-driving cars. Alphabet, the company’s parent, could invest as much as $1 billion in ride hailing company Lyft, which would provide a massive ready-made market for its driverless cars.

The company also penned an agreement with Avis Budget Group (NASDAQ:CAR) to provide fleet support and maintenance to the growing fleet, handling the rather mundane tasks of oil changes and tune-ups. With more than 11,000 rental locations in 180 countries worldwide, and years of fleet management, Avis has a massive base for expansion of the existing agreement. Additionally, Avis subsidiary Zipcar would provide another avenue for Waymo to generate revenue from its know-how.

Waymo is on the leading edge of a technological revolution and its recent moves show some of the broad strokes in its master plan. Educating the public is another brilliant piece of a larger puzzle, showing that Waymo is planning for a world without drivers.