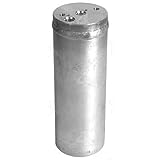 If there were ever a World Championship for Things People Think Used to Be Better, Acura would finish in second place. America would, of course, take the top spot.

We all know America used to be better, because that’s what the politicians tell us. America used to be great. America is now awful. But if you vote for me, I’ll restore America to its former greatness, and also I’ll place my incompetent friends in various cushy government jobs, such as National Director of Wood Product Shinyness.

It’s the same story with Acura. You can ask any car enthusiast about Acura: import people. Off-road people. Luxury car people. People who restore Model As and use the term “wide whites” to describe something more than their underwear. And you’ll always get the same response: they used to be better. They had cool cars. The Integra. The RSX. The Legend. Now, they suck.

Well, I’ve got news for you, ladies and gentlemen: I think Acura is headed in the right direction. And today I’m going to attempt to prove that to you using my usual style: gross hyperbole, along with the occasional true fact that sounds right, but maybe you should Google it just to be sure.

Regular readers may be surprised by this turn of events, because a mere two months ago I insisted that the new Acura NSX would fail as a halo car. And I still truly, deeply believe this, as deeply as those West Virginia snake charmers believe that a poisonous reptile can cure genetic disorders. To understand how I reconcile these two thoughts, allow me to take you through the Mind of Doug DeMuro.


Here’s Why I Think The Acura NSX Will Fail As

Ladies and gentlemen, it’s time to discuss the new Acura NSX, which is a mythical beast whose…

Here’s the situation: in the early 1990s and the mid-1990s and the late 1990s, Acura made some cool products that enthusiasts liked, such as the Integra, and the NSX, and the CL Type-S, and the RSX. Of course, people who wax nostalgic about these cars tend to forget Acura also made some really boring crap like the 3.5RL and the first-generation TL, which appeared to have been designed for people who believe electricity is a wonderful modern convenience.

Regardless, a switch seemed to have flipped at Acura headquarters sometime in the early 2000s. In quick succession, all the performance cars went away: first the NSX, then the CL Type-S, then the RSX. They were immediately replaced by SUVs — first the midsize MDX, then the compact RDX — and then comfortable luxury models like a larger TL and RL. It was about this time when enthusiasts started complaining that Acura’s lineup was as dull as televised golf.

But I think the market is starting to prove that Acura’s decision was a wise one.

To help you understand what I mean, allow me to change topics for a moment and take you to the launch of the new Lexus RX, which I attended last month. During the launch, everyone from Lexus was talking about “sport.” F Sport. Sporty styling. Sporty performance. Sporty handling.

And it hit me: Lexus’s lineup is now almost entirely focused around performance. You have the RC coupe, the new IS, the turbocharged NX, the GS-F. You even have the RX, which now offers surprisingly tight handling and styling that makes it look like the love child of the old RX and a cartoon illustration for POW!

It’s the same story over at Mercedes-Benz, once keepers of the “relaxed luxury” flame. These days, Mercedes has an exotic sports car, giant wheel designs, AMG “sport packages,” gobs of carbon fiber trim, and an AMG version of every vehicle in their lineup, including a 7-passenger SUV the size of a Chevy Suburban. They’re also peddling turbocharged engines in just about every vehicle they sell — and their once-stoic midsize SUV now has a new name and a coupe version.

And then you have Cadillac. Oh, Cadillac. Formerly the brand of the DeVille, and the Fleetwood, and giant speedometer fonts, and bench seats with more cushion than the entire coach section of a standard jet airliner. All gone; replaced by rear-wheel drive competitors to the BMW 3 Series and 5 Series, “sport-tuned” suspension, and high-performance “V” models with more horsepower than small-town police fleets.

So where does that leave the enormous number of car shoppers who just want to sit in their high-end vehicles, waft down the street, and listen to talk radio.

That’s right: it leaves them with Acura, which is practically the only brand left who’s still focusing on comfort instead of performance.

The smaller Acura RDX has enjoyed the same success. Last year, Acura sold 44,900 RDX units, which is 11,000 more than the “sporty” BMW X3 and 32,000 more than the “sporty” Range Rover Evoque. And then there’s the “dull” Acura TLX, which has almost overtaken the sporty Infiniti Q50’s full-year 2014 sales totals already in 2015, even though we’re only nine months into the year.

So yes, I still think the Acura NSX will fail, because this company isn’t about sporty cars and high performance. It’s about making durable, user-friendly, comfortable luxury cars that appeal to the masses — and Acura seems to be doing a pretty damn good job at exactly that.

After all, some people do enjoy televised golf.