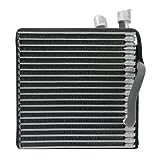 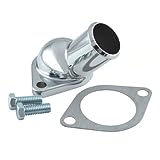 There is tremendous excitement – some would say hype – around driverless cars. Just this month, GM @General

and Lyft announced plans to test a fleet of driverless electric taxis within a year, and Fiat Chrysler and Google

One key aspect of this driverless revolution, though, has until recently been largely ignored: the role of cities. Yet cities and their policy makers play a tremendous role in setting the playing field for driverless cars. How do they look at this ongoing mobility revolution?

Through my work at the World Economic Forum, I have been impressed with how city leaders around the world, including Atlanta, Boston and Kansas City, have embraced bold ideas around autonomous vehicles and ridesharing app models. Some particularly innovative city leaders are considering how to enable a massive transformation to a new mobility system. Why are city mayors so enthusiastic about driverless cars and ready to completely rethink their transportation systems?

I would submit five reasons – none of which are directly related to transportation.

Cities with driverless cars will attract talent and prosper

The movement of people and goods is the lifeblood of cities, and cities with clogged streets are like people with clogged arteries. This is not just about the economic costs associated with the wasted time of congestion. The more insidious cost of congestion is the impact that it has on labour markets. When cities are congested, the pool of talent available to fill jobs in a given location shrinks, which saps economic competitiveness. As mobility throughput increases, the radius of prospective employees for any given job increases. That matters a lot, because talent, skills and capabilities – not capital – are now the critical factors of production. Those cities that attract and retain the talent for the jobs of tomorrow will be winners in the global economy. And in order to attract talent, cities need to be mobile and liveable.

The last thing mayors want in their cities is a mobility divide – a split between those who can afford mobility and those who can’t. The vicious circle of economic entrapment that results from such a divide is just as harmful as from an education divide. Recent studies from Harvard and New York University have found that transportation can be the single largest factor in escaping poverty. Transportation accounts for roughly 17% of after-tax income for the average US household – more than any other category except housing. This burden is even higher for lower-income households. If new mobility systems based on autonomous vehicles can offer an affordable and better (faster and more comfortable) transportation option, then that single mother can take the job.

One of the most fascinating questions around autonomous vehicles is how they will impact urban sprawl. San Francisco Mayor Ed Lee told the World Economic Forum that he sees a third advantage in terms of land use and housing coming from driverless cars: they will free up the land currently occupied by gasoline stations, as it is widely expected most driverless cars will be electric. That, in turn, would allow cities to reuse these spaces for affordable housing. “Right now, I can’t buy the land occupied by gasoline stations because of the high value the owner derives from its current use,” he told us. “When gas stations become redundant, that space could open up and be used for affordable housing.”

Shared autonomous vehicles could allow large amounts of on-street parking to be repurposed for green space, bicycle lanes, or anything other than parking. Imagine the value of all the on-street parking in in cities, such as Los Angeles or Chicago. If even a small share of that can be repurposed, it presents huge opportunities to create value in the cities.

Approximately 1.25 million people are killed on the world’s roads each year and many millions more are injured. Increasingly, such traffic crashes are preventable incidents. If driverless cars go mainstream, far fewer people will be killed and injured on our roads.

There is also the broader linkage between health and mobility. Let’s be frank, sitting in a car – just like sitting at a desk – is generally not the healthiest activity. If that on-street parking is repurposed for safe bicycle lanes (where there is a clear boundary between the pavement for cars and the pavement for bicycles), then far more people would be encouraged to cycle, which in turn, would improve public health.

Making the vision a reality

Until recently, many people had reservations about the concept of driverless cars. Could they be trusted? Were they safe? Was it even realistic given the current design of most cities? While these questions are still important, we’re now starting to focus on the opportunities as much as the challenges. Research done at the World Economic Forum found that 58% of city dwellers said they were either likely or very likely to take a ride in a self-driving car. This did not surprise me.

What surprised me was when we asked why. The number one reason was ease of parking. This demonstrates how much the automobile is part of a broader mobility system – a system that I am convinced will change more in the next ten years than in the previous one hundred.

I believe we will see at least one city make significant progress toward implementing a fleet of shared autonomous vehicles that meets most of its mobility demands. I don’t know if that city will be Chengdu in China, Gothenburg in Sweden or Austin in the US, but I believe it will happen within the next ten years. Watch this space.

John Moavenzadeh is head of mobility Industries at the World Economic Forum.