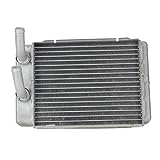 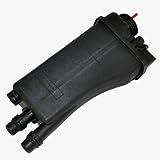 While Hurricane Maria bears down on Puerto Rice and the mainland United States waits with bated breath to see where the storm will go next, the cost of the damage from Harvey and Irma is only beginning to become clear.

Estimates for the cost of Hurricane Harvey’s damage range from $65 billion to $190 billion. If the real cost falls on the higher end of that range, it could become the most expensive disaster in the history of the U.S.

Meanwhile, Hurricane Irma damage could end up costing between $50 billion and $100 billion.

Much of the recovery expenses will go to property damage, but the extensive flooding during Harvey means that vehicle losses will also be extremely costly, especially considering that Houston and many areas of Texas have a higher car ownership rate than the national average.

How many cars did each hurricane destroy?

Harvey and Irma submerged cars and property across the southern U.S. as the two Category 4 storms made landfall within the same two-week span.

Hurricane Harvey destroyed 300,000 to 500,000 vehicles in Houston alone, according to Cox Automotive estimates. The firm, parent company of Kelly Blue Book and AutoTrader.com, has its headquarters in Atlanta. The cost of licensed cars lost in the storm — excluding vehicles flooded while waiting in dealership parking lots — falls between $2.7 and $4.9 billion.

Although fewer cars were estimated to have been lost to Hurricane Irma damage, an estimated 200,000 and 400,000 vehicles were destroyed by the storm.

The two big storms of the 2017 U.S. hurricane season have so far destroyed more vehicles than Hurricane Katrina in 2005 or Hurricane Sandy in 2012, which claimed 200,000 and 250,000 cars respectively, according to Cox Automotive.

Will insurance go up because of the hurricanes?

Not all hurricanes leave the same kind of damaged vehicles in their wake, but most of them do cause insurance rates to rise.

“They’re completely different storms in a lot of ways,” said Michael Bassi, director of partnerships at Runzheimer, talking about how Harvey and Irma compare to Hurricane Katrina. What made the 2005 storm especially damaging were its high winds. Whereas with Harvey and Irma, most of the damage dealt out from those storms came from flooding.

Bassi says drivers across the country, not just in Texas and Florida, will see insurance rates increase slightly over the next year due to the cost of replacing cars in the affected areas.

He predicts that insurance rates for personal vehicles could increase two to four percentage points over the course of a year, but notes that consumers won’t feel the impact until it’s time to renew their contracts.

Though auto sales dipped in August due to Hurricane Harvey, the loss of vehicles will eventually lead to a spike as drivers replace their cars this fall, especially for trucks and SUVs.

How to spot a flood damaged car

In the wake of Hurricane Katrina, Hurricane Sandy and other major flooding incidents, storm-damaged cars were cleaned up and resold to unsuspecting drivers.

“Residents that live in a flood-damaged area and are looking to replace their vehicle should do their homework and not only use online tools to make sure they’re getting a fair deal from a top-rated dealer, but should also make sure that the car they are buying has not been detrimentally impacted by the recent flood,” said CarGurus.com data analyst Lisa Rosenberg.

Past research from Carfax shows that about half of the estimated 500,000 cars damaged by Harvey will end up back in the marketplace.

The Federal Trade Commission put out guidelines for consumers on how to avoid buying a flood-damaged car. Carfax notes that the technology most newer vehicles rely on, similar to what powers a smartphone, and would be rendered useless after significant water damage.

Consumers should take precautions like getting a history of repairs and checking the VIN number in the National Insurance Crime Bureau and National Motor Vehicle Title Information System databases. Even without a database, strange stains and smells can be a red flag that a car has weathered a flood. Consumers buy a used car should check for signs of water damage — mineral deposits, mildew and the smell of mold or overpowering scents of cleaning supplies that may be trying to mask it.

And not just in Texas or Florida. After Hurricane Sandy, for example, The New York Times reported that because of inconsistencies in state regulations, flood-damaged cars can be sold at auction and wind up on used car lots hundreds of miles away without so much as a warning that they’d weather a massive storm.

State departments of motor vehicles publish DIY tips as well. But the best safeguard against being misled, they say, is to ask a mechanic to inspect the car since some sellers go to great lengths to conceal damage.