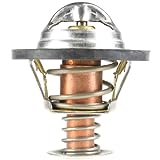 Analysts and industry consultants had predicted hurricanes Harvey and Irma would provide automakers with their first monthly gains in 2017. Sales had been weak after a strong run since 2010 that culminated in record sales of 17.55 million units in 2016.

The seasonally adjusted annualized rate of U.S. car and light truck sales in September rose to 18.57 million units from 17.72 million units a year earlier, according to Autodata Corp, which tracks industry sales.

While U.S. sales rose beyond the storm zones, according to automakers and dealers, much of the September gains came after Hurricane Harvey hit Texas. Replacing cars during the recovery in southeast Texas and Florida will boost U.S. new and used auto sales through at least November, according to industry consultants.

General Motors Co stock rose more than 3 percent to its highest level since its 2010 post-bankruptcy initial public offering, and Ford Motor Co closed up more than 2 percent at $12.34.

While the hurricane recovery drove sales, “this will be a short-lived party,” said Michelle Krebs, executive analyst for online sales site Autotrader.

Up to 500,000 cars were damaged or destroyed during Harvey and another 200,000 cars during Irma, according to industry estimates.

GM’s sales jumped nearly 12 percent versus September 2016 as a 43 percent increase in sales of crossovers and a 10 percent rise for pickup trucks offset an 11 percent decline for passenger cars.

The No. 1 U.S. automaker’s inventory fell to 76 days’ supply last month from 88 days in August, a positive development since analysts have blamed the automaker for much of the industry’s oversupply of unsold new vehicles. GM is moving closer to its goal of around 70 days’ supply by the end of the year.

GM said new car sales to consumers were up 14 percent in the region that includes Texas.

Industrywide, new car sales in the Houston area, the fourth-most populous U.S. city, soared 109 percent in the three weeks after Hurricane Harvey compared with the three weeks before the storm, according to car shopping website Edmunds.

‘STRONG END OF THE MONTH’

Ford sales rose 8.7 percent in September, with those to consumers up 4.4 percent and lower-margin fleet sales up 25.1 percent. F-Series pickup truck sales soared 21.4 percent, benefiting from the popularity of pickups in Texas.

Demand was up around the country and “particularly strong” in Houston, Ford’s U.S. sales chief, Mark LaNeve, said on a conference call. Florida was off because of the lingering effects of Irma but “was coming on strong at the end of the month.”

Galpin Motors President Beau Boeckmann told Reuters his dealerships experienced solid Labor Day sales “but what was great was that we continued to see momentum throughout the month.”

Boeckmann said new Ford sales were up 28 percent in September, while Honda sales rose 20 percent. Galpin, with 11 dealer franchises in Southern California, is Ford’s No. 1 U.S. dealer and Honda’s No. 2.

Toyota Motor Corp’s September sales increased nearly 15 percent, with strong gains for SUVs and trucks. Sales of the revamped 2018 midsize Camry sedan were up 13 percent in its first full month of sales.

Toyota and Honda are betting the new sedans win market share as their Detroit rivals shift focus to SUVs, crossovers and pickups.

Nissan Motor Co Ltd’s September sales rose 9.5 percent. Judy Wheeler, vice president of U.S. sales, said while Houston area sales were up around 11 percent, results in most of its regions were also higher “so it wasn’t just the hurricanes that affected us.”

Since Harvey made landfall, GM stock has risen 24 percent, Ford is up 16 percent and Fiat Chrysler Automobiles NV has rocketed 44 percent.